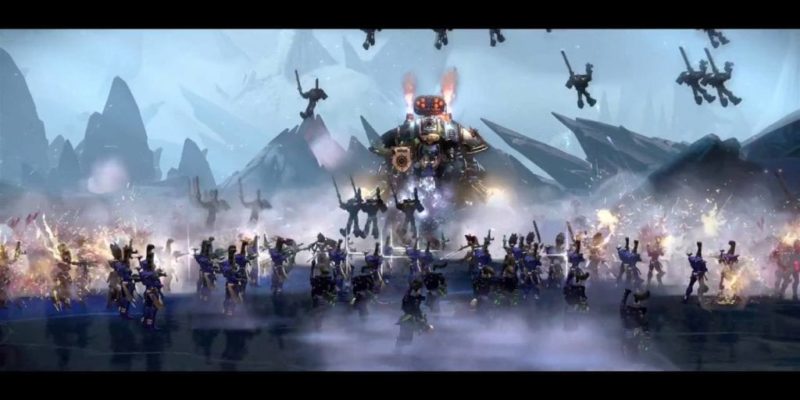 The opening gambit from the PC Gaming Show at E3 2016 was a spot of (early) footage from Dawn of War 3. That ‘early’ part is important, as it might help explain why it looks a little rough; especially FPS-wise.

Anyway, this is apparently a somewhat-cinematic (Relic have messed around with the camera positioning) snapshot from a single player mission, in which returning Blood Ravens protagonist Gabriel Angelos is facing off against some Eldar. The Imperial Knight mini-Titan is also in full show.

That gameplay footage is below. A more extensive look at the same mission is said to be coming on 24 June. Dawn of War 3 is coming out in 2017.

Hold your breath for 20 seconds of Oxygen Not Included footage