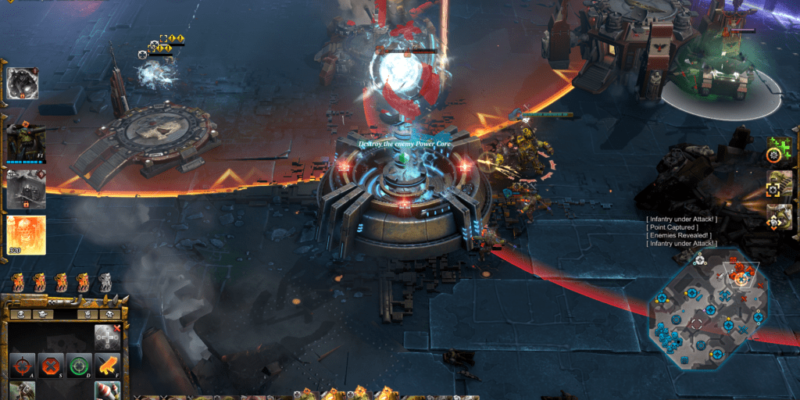 If you’re bored of E3 and want to know what’s happening with games that’re already out, Relic have you covered: Dawn of War 3 is getting a sizeable content update next week.

The Annihilation update, as it’s named, aims to give players some gameplay a bit more like the first Dawn of War game. The headline feature is – obviously – Annihilation, a pair of new game modes. Annihilation Classic simply asks you to destroy your opponent’s core structures with no faffing around and none of that Power Core nonsense: obliterate all structures. Annihilation Defenses is much the same, but you start with some brand-new turrets installed around the map.

Finally, the update offers a free Engines of Annihilation skin pack: a House Raven skin for the Imperial Knight Paladin, an Exalted skin for the Wraithknight, and a Deathskulls skin for the Gorkanaut.

This is apparently just the start of updates Relic have planned for Dawn of War 3. To quote the community update: “We spend a LOT of time on the forums, and just as much looking through the data on what you’re playing, and what you’re not. We’re using that to plot out our next steps and are hoping to share plans with you soon, and get you involved in how we bring them to life.” So basically, if you’ve been making noise about things you wish were in Dawn of War 3, it sounds like Relic want to make you happy. I mean, this game mode is presumably there to please the older fans.

The Dawn of War 3 Annihilation update is due to drop on 20th June.

PES 2018 E3 trailer has the balls to include Usain Bolt