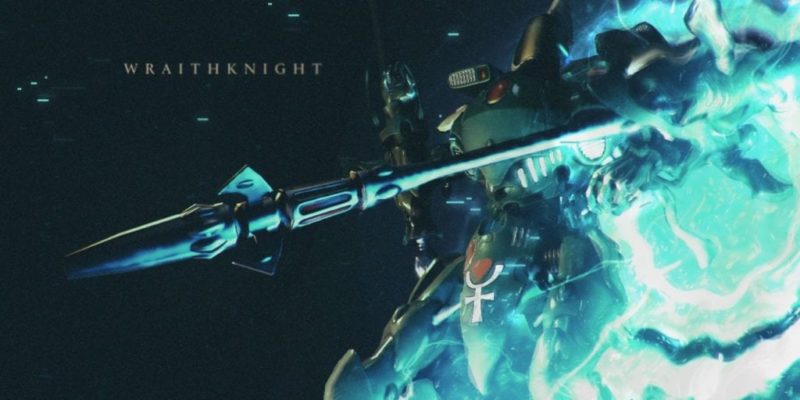 Relic have put up another of their Dawn of War 3 unit ‘spotlight’ pieces, this time taking a look at the Eldar Wraithknight. The Wraithknights are pretty massive, existing in that ‘smaller than a Titan but much larger than a Dreadnaught’ space.

They’re also powered by the psychic energy of twins. I’m not kidding. Warhammer 40k lore is fairly odd. Basically, a deceased twin soul is floating about in the Wraithknight, and the other twin is required to pilot the machine. Sometimes the Eldar allow that twin to choose this fate, sometimes they enforce conscription because their race is dying out anyway.

According to the write-up, in Dawn of War 3 the Wraithknight has the following handy skills: Jump (for rapid positioning), Distortion Rift (for holding enemy infantry in place and slowing vehicles), and Focused Beam (a big fat beam of death from the Wraithknight’s twin Wraithcannons).

Here’s a look at the 3D model that’ll be in the game.

by Dawn of War