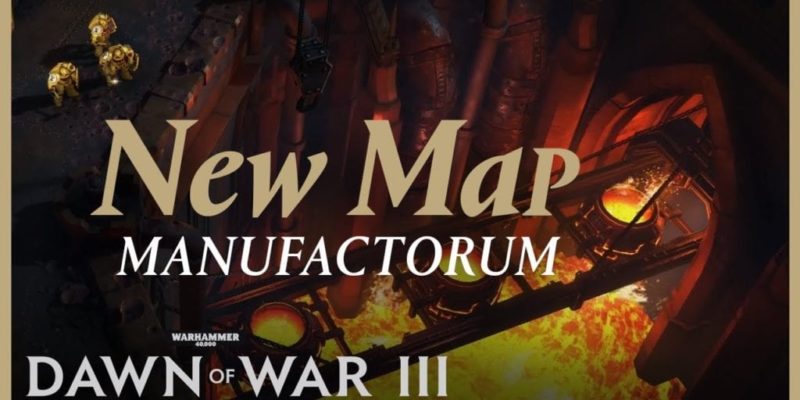 The Dawn of War 3 patch detailed a week or so back has been released today, adding a new multiplayer map and several custom skins. ‘Manufactorum’ is a 2v2 and 3v3 map, which is playable in all multiplayer game modes. It should be available in both Custom and Quick-Match lists today.

In addition, the single player campaign now offers new mission rewards. If you’ve already completed those missions, the rewards should be waiting for you the next time you load up Dawn of War 3 after patching. They include ‘helmeted’ versions of a few Elites (Jonah, Gabriel, and Macha), so you can use more generic characters for your forces and avoid the problem of Gabriel Angelos leading every single chapter of space marines.

Full patch notes can be read here. The trailer below gives you a closer look at the Manufactorum map. Dawn of War 3 is also discounted by 25% today, as part of the Games Workshop themed Skulls For The Skull Throne Steam sale.