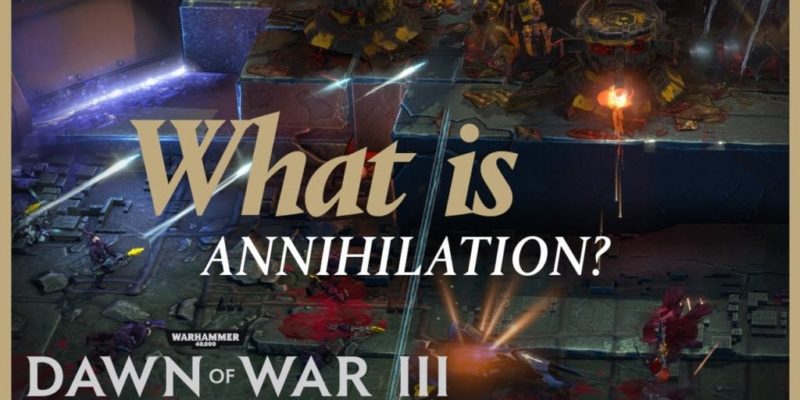 Mixed in with all the E3 news earlier this week was word of Dawn of War 3 getting an Annihilation multiplayer mode. Two modes, techncially; Annihilation Classic and one with added defensive structures.

That update is due to be released on 20 June, and now has an accompanying video talking about how the mode(s) will work. In short, you have to smash the opponent’s base buildings to pieces. Resource points and listening posts don’t count, but everything else needs to be ground to powder beneath your mighty war host.

As part of the same update, Dawn of War 3 is getting a free Engines of Annihilation skin pack. A second video (also below) has a look at what to expect from those.