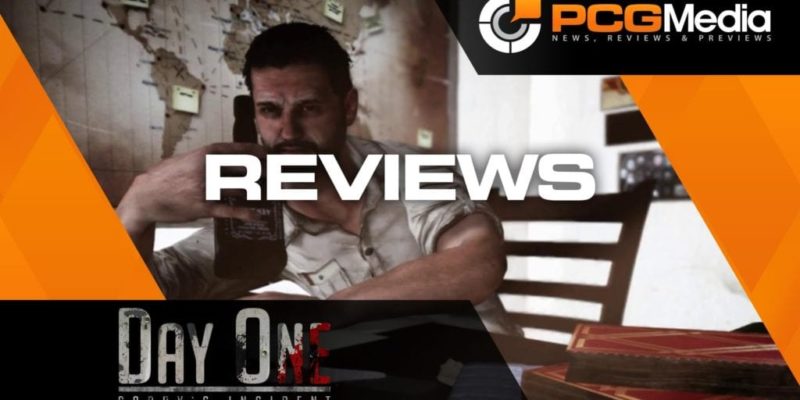 When we reported on Day One: Garry’s Incident back in June it looked kind of promising. A bloke getting stranded in a jungle with some strange natives and wild animals, and let’s not forget that futuristic arm gun thing they showed in the trailer.

Here at IncGamers towers we’ve been rather busy with lots of games to play and Day One: Garry’s Incident  wasn’t something on our list to play. Tim had to wash his hair again, Peter is on holiday and my garden needed some attention, which has proved fortuitous as we saved quite a few hours of our lives not checking the game out.

In the past 24 hours there’s been controversy brewing following the appearance of numerous reviews of the game on Youtube. Developer Wild Games Studio appear to have taken the view that if a video review of Day One: Garry’s Incident contained any advertising on it, they would fire off a copyright infringement notice to the reviewer’s channel. Sadly it’s far to easy for publishers and developers to take unfair copyright action against channels on Youtube, the copyright system set up by Google is a complete mess.

So why the fuss? By all accounts the game is pretty appalling (see videos below) and in effort to remove any negative press Wild Game Studios have come up with some feeble excuses. Wild Game Studios CEO Stephane posted this on the Steam forums with regards to TB’s video  :

This copyright flag has apparently now been removed although the video is still missing on Youtube.

On Metacritic there are also some rather odd user scores giving the game 10/10 or thereabouts. All these are written in broken English. An example:

“I like the ideas of this videogame, making things is nice. Only had one bugs/glitch during my long playthrough, but the game run well with Personal Computer.The visuals and controlling were pretty good, but I liked very much more the survival”

Legitimiate? I think not. When questioned about these user scores (there are no real site scores listed yet) a developer for Wild Game Studios had this to say:

“Wild Games Studio has not encouraged employees to write reviews nor did we hear of someone in the company doing that. However, I have received a message of one of the reviewers telling me he wanted to help and gave us a good review. We do not want people writing reviews that do not express their opinion only in the purpose to help as it is not representative of their experience.”

“After taking a look at some of the reviews mentioned, they look so similar that I believe that they might have been planted by someone to try to call for a rise to lower scores. We encourage you not to write reviews to “help” if it does not represent your opinion.”

The whole debacle has been a bit of PR mess for Wildgame and there’s even a petition up and running to get the game removed from Steam. Remember folks, Day One: Garry’s Incident  was actually Greenlit!

We’ll leave you with some of the more choice Day One: Garry’s Incident videos that have appeared and we suggest you keep that £14.99 tucked firmly in your wallet.