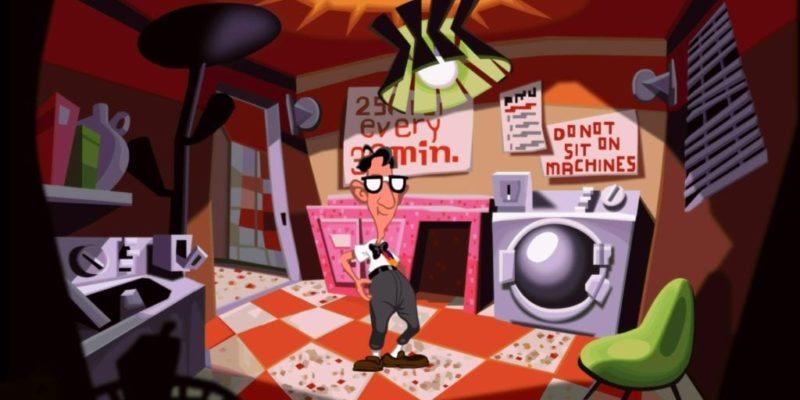 The remastered version of Day of the Tentacle will emerge from its Chron-o-John on precisely 22 March. No time-travelling hijinx were required to figure out this information, it’s all right here on GOG’s pre-order page.

Day of the Tentacle Remastered is being given a similar treatment to the recent Grim Fandango re-release. The 90s adventure title will offer you both original (with SCUMM system) graphics, and some higher-res remastered efforts with a more contextual UI. You’ll be able to switch between them on the fly.

There’ll also be a developer commentary track, improved sound quality all round (uncompressed versions of the original recordings, it seems like), and, if it’s anything like Grim, probably some other extras like concept art and whatever else DoubleFine have found in the LucasArts archives.

Oh, plus, you know, you’ll get Day of the Tentacle itself, which is one of the greatest point and click adventure games ever made.