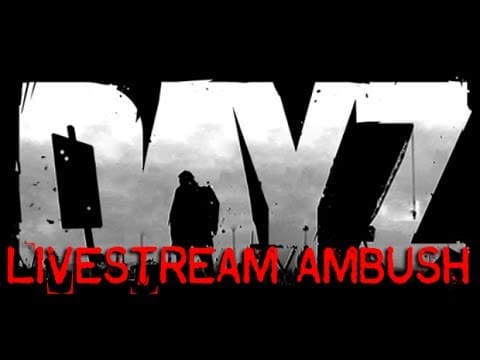 Update: The DayZ alpha is now on Steam early access.

Today has provided another first-hand example of how harsh life in the world of DayZ can be. Developer Dean “Rocket” Hall and his team were taking part in a livestream Q&A (now concluded,) and at some point, for reasons best known to themselves, decided to join a public server. What happened next was not pretty for the dev team.

It starts out innocently enough, with Rocket narrating some bits and pieces about progress on the standalone version of DayZ, when suddenly somebody at the back of the group collapses. The jig is then well and truly up when he sees another member of the team killed in front of his eyes, and has to take cover inside a grocery store. Things get even more chaotic from that point, and poor old Rocket ends up in a field, unconscious.

There’s still no official word of when DayZ’s standalone will become available on Steam Early Access, but the description for the video (uploaded by “Ripper X”) makes the interesting claim that “150 new DayZ Standalone servers have gone up today.” From that, and from other things said in the livestream, they are extrapolating that the standalone could go live by next week. It’s speculation, obviously, but informed speculation nonetheless.

While you ponder that, watch the amusing ambush take place in the video below.