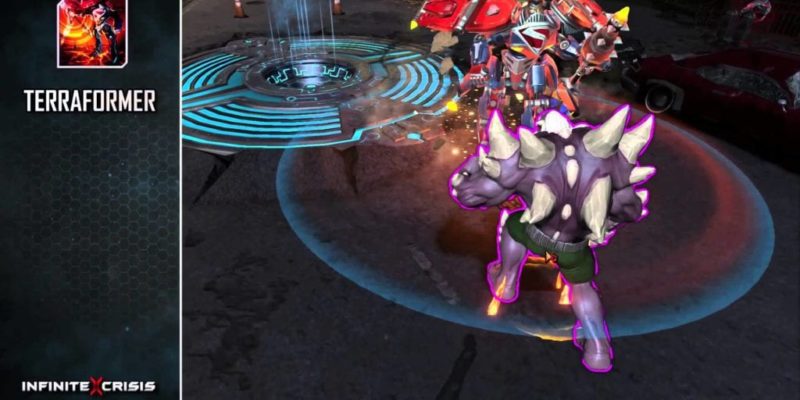 The open beta will come with a wave of big additions to the game. There’ll be a new tri-lane map, Gotham Divided, which has players battling across a map that’s a smashed-together version of both Gotham City and Gotham by Gaslight. I suspect that most will be more excited with the addition of three new guardians – and “wave” of big additions was, indeed, a bit of a clue to one of them.

Yep: Aquaman is coming. He’s apparently a duelist with quite a lot of single-target abilities, as well as an ultimate that changes depending on what skill you used before it. We’ll also be getting Green Arrow and Mecha Superman: the former has a load of arrow types and changes his stance depending on which he’s just used, with the stances providing him with various bonuses. The latter is a big tough hero with a lot of crowd control, ranging from stuns and silences to knockups, as well as the ability to change the flow of battle by creating impassible rock walls. Or he can just cause an earthquake. Yeah.

Trailers explaining each of these characters in detail can be seen below. You’ll be able to try them out for yourself when Infinite Crisis heads to open beta on 14 March.

New ARPG Shadows: Heretic Kingdoms will have you swallowing souls in 2014