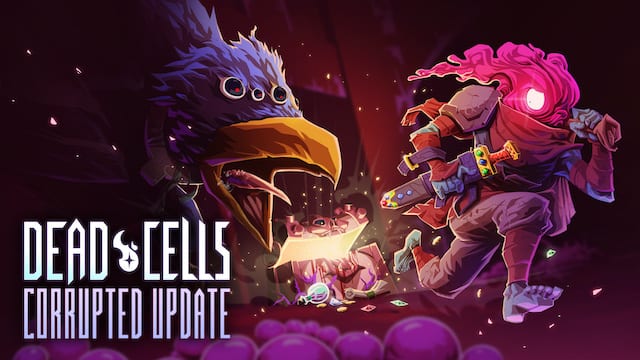 As if we weren’t already busy enough going through the last Dead Cells update, the developers at Motion Twin have struck again. They’ve returned with the 15th update for the game, dubbed “Corrupted,” which is now available for download. This latest update is pretty significant, with over 80 changes to the popular roguelite game.

First and foremost, there’s a new optional mini biome that looks similar to the Prison Depths. It provides a number of shorter challenges, with one cursed chest to open at the beginning.

In addition, Scroll Fragments are now part of the game. By finding four of these, players can put together a whole triple scroll for their character.

The Recycling Tubes upgrade is now live as well, which unlocks after taking down the Hand of the King in BC1 difficulty. With this, players can replace their starting gear with four sets of five random items, across many different fields. These include melee, range, shield, and two individual skills. Players can choose whichever one they want to start with, and it should even up the difficulty a little bit with an extra momentum boost.

Then there’s the Explorer’s Instinct, which shows off the entire map as well as general points of interest. Biomes and Paths also have a much better balance. And three new Tactics mutations are available:

The full list of updates is available on Motion Twin’s blog page. Give it a read and then download away! You can also get more information from the vlog entry posted below.

Dead Cells’ Corrupted update is free and should download automatically the next time you start up the game.

IGI Origins marks the long-awaited return of the IGI series