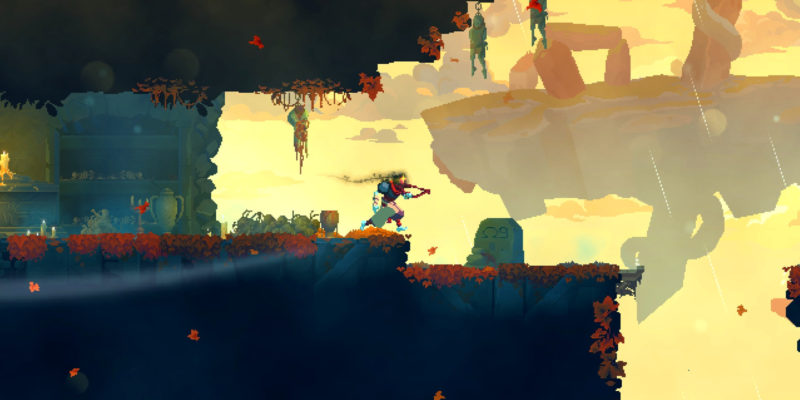 Dead Cells‘ latest DLC now has a release date. Fatal Falls will be available for the game across all platforms starting on January 26. That’s some good news. The better news? It’ll only set you back $4.99 USD. And in even better news (well, for some), the base game and the bundle including all DLC will go for sale the day Fatal Falls releases. January 26 is now known as Dead Cells day.

Fatal Falls will introduce a heaping supply of new content when it launches in two weeks. It comes with two new biomes, The Fractured Shrines and The Undying Shores. Both of which are parallels to Stilt Village, Clock Tower, and Time Keeper areas. You will experience the new biomes somewhere mid-game, assuming you survive that long. Dead Cells veterans should have now worries, there. The DLC will also include a new boss, known as The Scarecrow. According to the release, The Scarecrow is an enemy “existing fans may recognize as the Royal Gardener gone wrong with Malaise.”

Naturally, there are also new weapons to try out in Dead Cells’ Fatal Falls. The list includes Lightning Rods, Sickles, Snake Fangs, the Ferryman’s Lantern, and another in particular. The weapon that should stand out for many is the new maniacal sword, which apparently plays well for those who enjoy Brutality builds. The sword also flies, and if I watched the gameplay video correctly, speaks. You can witness the power of the blade in brief segments during the new gameplay trailer below.

As mentioned, Dead Cells and its bundled DLC package will go on sale starting January 26. The base game will be marked half off, and will go for $12.49 USD. Apparently, this will be the first time the game has gone for 50% off. Dead Cells: The Fatal Seed Bundle pack, which includes the base game and all DLC (yes, Fatal Falls included), will go for 33% off. These deals are planned to go on for more than 10 days, but an exact timeframe isn’t known.

Dead Cells and its Fatal Falls DLC will release onto PC on January 26.