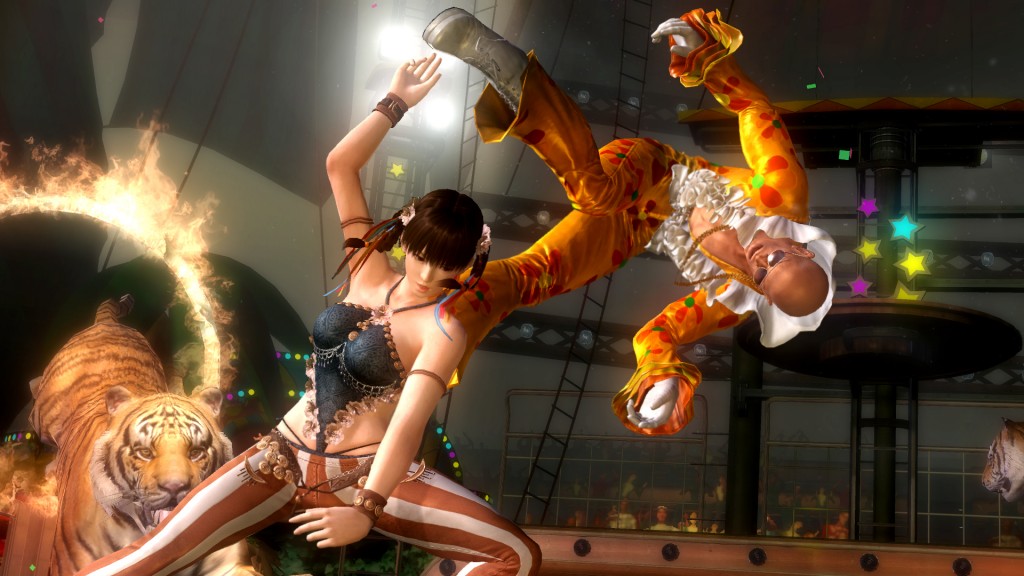 I mean, who WOULDN’T want to do this online?

This little bit of small-print was noticed by the chaps at NeoGaf. You can see it towards the bottom of the page, with the minimalistic looking system requirements.

So while the PC version will be getting a concurrent 17/20 February release with the console versions, it’ll be missing a rather important aspect of the game for as many as three months after release.

Tecmo Koei seem to have a bit of an issue with PC games and multiplayer. The version of Dynasty Warriors 8: Xtreme Legends Complete Edition available on Steam launched without the online co-op mode (and, as far as I’m aware, still doesn’t have it.)

So, if you actually want to play Dead or Alive 5 Last Round online, you may as well wait until those modes are patched in. By which time, if you’re lucky, the game might be on sale.

GOG Winter Sale kicks off with loads of reductions