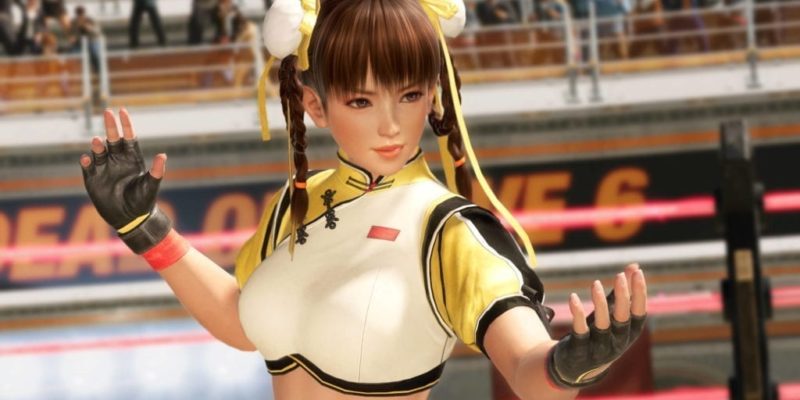 When I originally covered the announcement for Dead or Alive 6 on our sister-site Daily Esports, one of the first things I noticed was the community’s reaction to the removal of breast physics. Indeed, when game director Yohei Shimbori mentioned that Dead or Alive 6 would be more realistic and less sexualized, it received a generally positive reaction from fans. Many liked the idea, thinking that no boob jiggling and less sexualized characters show a respectfulness towards women. Others, though, felt that the old fan service was gone. In a way, some fans felt bouncing boobs was one of the key selling points of the franchise.

Shimbori had to be more precise though. It wasn’t that bouncing boobs would be completely removed — it’s just that they’ll be more realistic. You can see that in action in the video above courtesy of our friends at Dualshockers. In the interview, Shimbori also mentioned that Dead or Alive 6 uses an entirely new, yet-to-be-named engine this time around.

As you can see in slow-mo, the jiggling is, indeed, still there. It’s simply more realistic this time around which is what the team aims to do. After all, physical activities in real life such as jumping, running, and dancing around do cause that effect. It’s not just for women but for men as well.

Team Ninja aims for that realism in the game. This is a means to show that the franchise has matured while also staying true to the mechanics that past games have been known for. Comparing this to previous games where breast physics were highly exaggerated and often distracting, this time around it’s more grounded in reality. We’re not going to see gravity-defying boobs, thankfully. What we do see above is the voluptuous Helena having more noticeable movement whilst the lither and agiler Leifang has less. Breast physics will also be affected by certain attires. For instance, Kasumi’s armored suit is more restrictive when it comes to visible movement.

Dead or Alive 6 will be released for PC, PS4, and Xbox One in 2019. This will be the first time that a main game from the series will be released for PC alongside consoles. Remember, the previous game — Dead or Alive 5 Last Round — was an updated version of the original. Even then it came out for the PC later. As usual, PC Invasion will keep you up to date with more news.

Woah, Onimusha: Warlords is getting a remaster next year