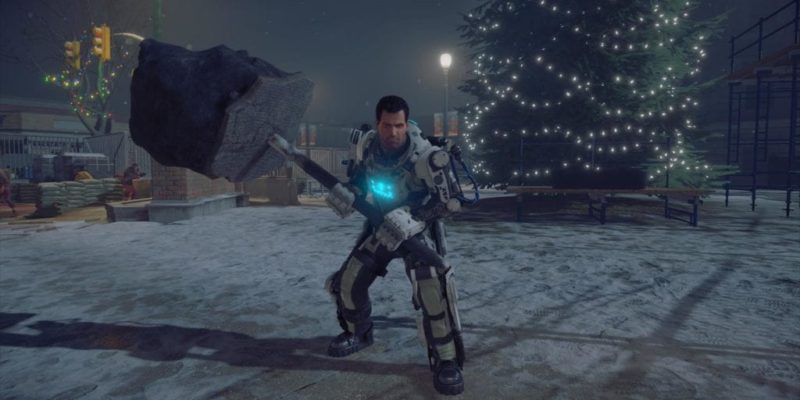 Dead Rising 4, one of the E3 game announcements pretty much confirmed by a leak last week, now has some screenshots to go along with that information.

In them, what appears to be a slightly face-lifted version of Frank West is going about his usual zombie-slaying business. Either with a baseball bat, a chainsaw, or what looks like a suit of powered armour and an iron railing he pulled out of the ground with a load of concrete and rock still attached.

It’s not yet officially confirmed whether Dead Rising 4 will be coming to the PC, but given the release process for prior titles it seems very likely. There is a possibility Microsoft will lock it down as an Xbox exclusive, or a timed exclusive; and if it does get announced for PC, expect it to be another Windows 10 game.

Tomorrow’s Microsoft conference will no doubt reveal all.