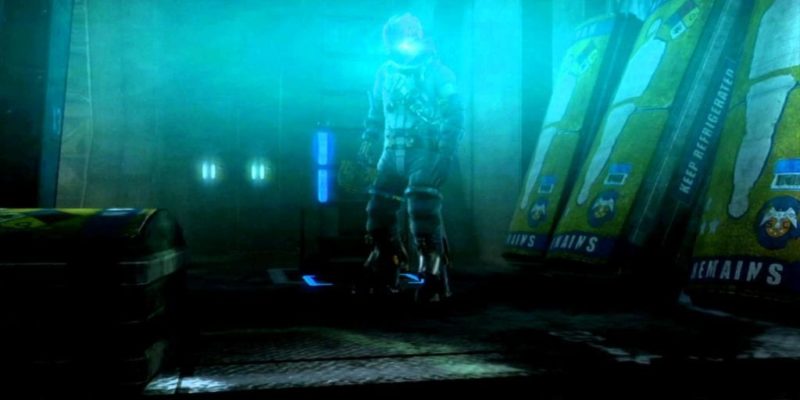 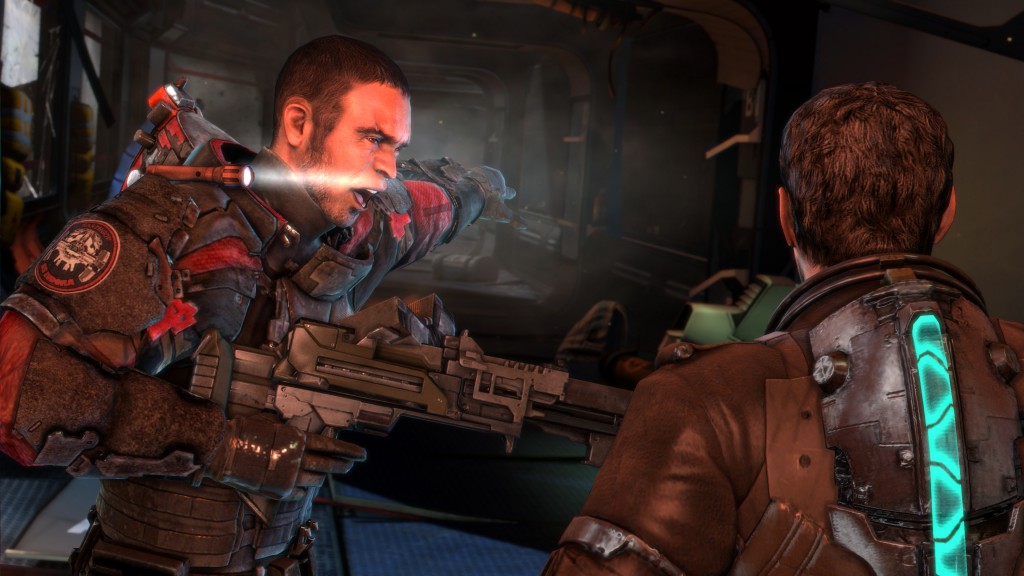 EA’s Gamescom 2012 press conference revealed the release date for Dead Space 3 as 8 February (5 February if you live in the US), along with a new trailer and a couple of inevitable pre-order bonuses. If you nab a copy of the ‘limited edition’ from participating retailers, you’ll start the game with one of the following two bundles:

“First Contact” Bundle
·         First Contact Suit: This unique EVA (Extra-Vehicular Activity) suit was built by the SCAF (Sovereign Colonies Armed Forces) for encounters with “foreign entities.” It sports a flamboyant golden finish to provide protection from long-term space exposure and thick armor for… unspecified reasons. The suit was given the nickname “First Contact” by the scientists who made it.
·         Negotiator Weapon: While technically classified by the SCAF as a “scientific instrument,” the gold-plated “Negotiator” is loaded with some surprisingly aggressive hardware. The overclocked, top-mounted Tesla Beam is capable of bursting a man-sized organism into several pieces with a single shot. The bottom-mounted Linegun appears to have been built with the sole purpose of cleanly dismembering organic tissue from a distance.

”Witness the Truth” Bundle
·         Witness Suit: These insulated suits were worn by a SCAF deep dig team assigned to exhume the darkest secrets of Tau Volantis. Whatever they found locked deep in the ice changed them forever. When they emerged weeks later, they were covered head to toe in strange graffiti and claimed to be “Witnesses to the Truth.”
·         Evangelizer Weapon: A modification of the standard AL-2 used by the Sovereign Colonies Legionaries, this version sports a souped-up AL-2g assault rifle on the top with an Emerson 2100 “Big Boy” tactical shotgun on the bottom. The surviving “Witnesses” of the SCAF deep dig team dubbed it the Evangelizer and decorated them top to bottom with strange symbols.

Dead Space 3 will of course be the first entry in the series to offer co-op play, as this new trailer demonstrates.