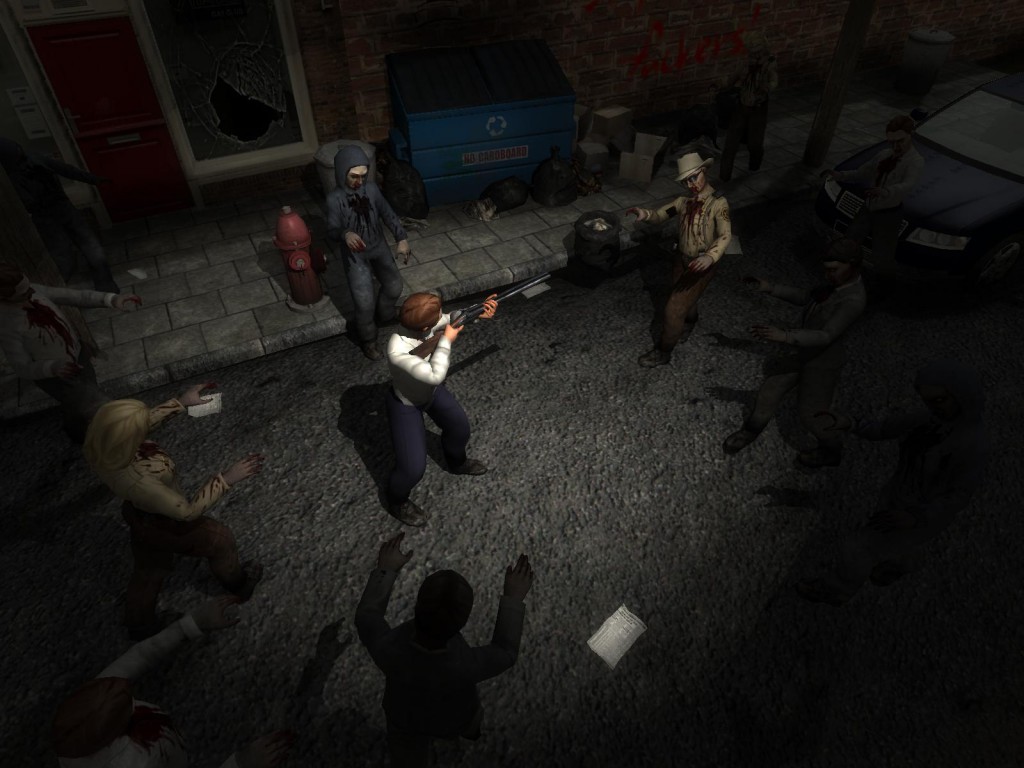 DoubleBear Productions has opened up a Kickstarter for Dead State, their forthcoming zombie apocalypse RPG with a hefty focus on survival.

Dead State is a game set at the beginning of a zombie apocalypse, with the player forced to find allies, food, and supplies, as well as set up a shelter and try to keep people together. There’ll be branching paths with multiple endings, plenty of towns to explore, and a load of randomised events.

Expect turn-based combat that looks a wee bit like X-Com or Fallout, base-building mechanics for upgrading and fortifying your shelter along with crafting items, scavenging for supplies, a morale system, and a load of difficult decisions that will affect everyone in your shelter. In short, if you’ve ever figured that you’d be able to pull people together and create a safe haven in the midst of a zombie apocalypse while dealing with the fear, trauma, and selfishness of others – along with sorting out basic requirements like food – this might be the game for you.

If the concept itself isn’t of particular interest, then bear in mind that DoubleBear was founded by Brian Mitsoda and Annie VanderMeer Mitsoda – both from Obsidian, and the former also from Troika and Black Isle – with the team pulled together from “indie, modding, and professional scenes.” In short, this lot appear to know what they’re doing when it comes to old-school RPGs.

Frankly, it sounds like a game I’ve been dreaming of for a long time. The Kickstarter’s up now, and a mere $15 spent on that will net you a digital, DRM-free copy of the game for around half the price it’ll cost on launch.