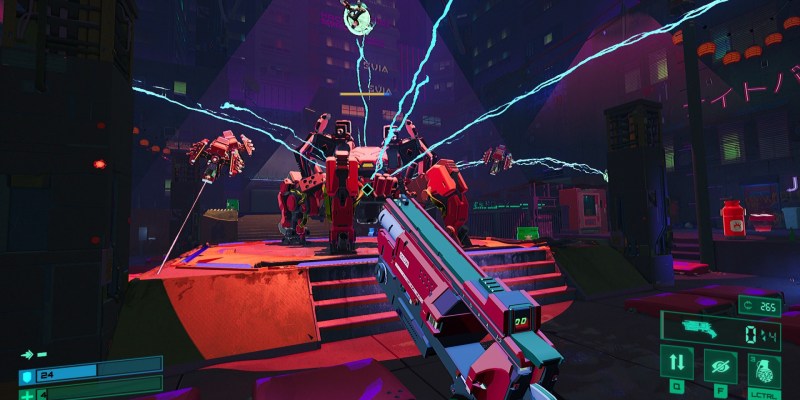 It’s been a while since I’ve tried out an FPS roguelite, and Deadlink has just blasted its way into Early Access to change that. The game is set to spend another year in development and currently retails for $19.99 USD, although it’s on sale for $15.99 USD at the time of this writing. The game offers a Neo-Japanese cyberpunk aesthetic and sees you going up against Yakuza and robots with several weapons and handy abilities. But the question stands — is Deadlink worth it in Early Access, or is this game more about cyberfunk than cyberpunk?

Deadlink throws you into the shoes of an operator battling against futuristic Yakuza thugs. There’s a surprising amount of lore available that details the scenario and your foes with aplomb. The game’s hub is a single menu screen where you can interact with characters, improve your combat shell (character), and head out on new runs. There are currently two combat shells – the soldier, which you start with, and the hunter, who requires you to complete 10 instances of combat in order to unlock. Both shells play notably differently, and they appear to share upgrades, which I’m quite fond of. Why grind out multiple characters when you can just grind out one?

Each combat shell has a default weapon with infinite ammo, as well as a stronger weapon that you’ll find ammo for in the areas. The soldier uses a shotgun and rocket launcher. The hunter has a handcannon and an arc gun. After starting a run, you’re dropped into an area, and you then head to the first combat encounter. These are arenas where you have to dispatch all foes in order to move on. Completing an encounter rewards you with currency for that run, plus currency you can spend on permanent upgrades. 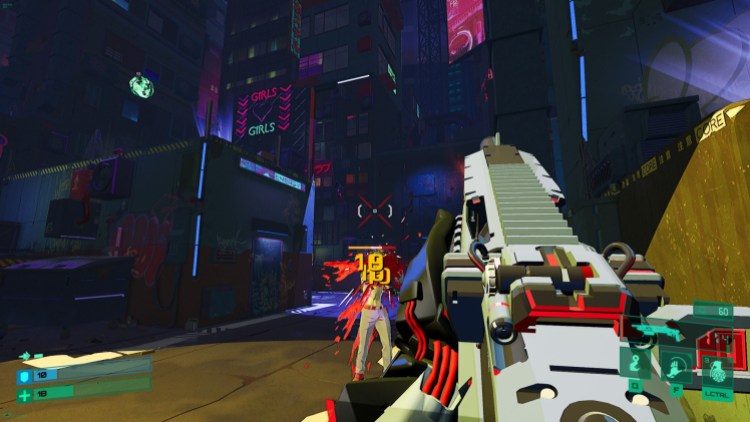 Once you’ve received that currency, you often have a choice of three doors when moving forward. Deadlink has these doors clearly labeled, and they grant you upgrades for that run, access to a shop, a different kind of currency for permanent upgrades, perks, or even healing. There are also challenge rooms, if you want. When you return to the hub, you can use the permanent currency to buy upgrades, such as ones that grant you health for each encounter you complete, or an increase to the amount of damage you do. Some of the upgrades require you to use both types of currency in tandem with one another.

The movement in Deadlink is right where it needs to be, as aiming, jumping, and dashing all feel great. The options provided by each combat shell’s abilities are also quite interesting. The soldier can pull itself to enemies or stun them. The hunter switches place with a foe or creates a holographic decoy that allows it to move around freely and attack distracted enemies. It’s all well and good on paper, but my issue with the game is that the combat doesn’t feel like it’s there for me.

Enemies stand out in the open and often stand still while doing so. To compensate for this, they’re extremely spongey, which makes the weapons feel kind of weak. With the soldier’s shotgun, for instance, it can take three or four headshots to kill a single foe. It also has only four shots available before you have to take on a lengthy reload. The hunter’s hand cannon fairs better, but it too only has room for four shots, although its reload is on the quicker side. I also feel like the cooldowns for abilities can be a bit too long. I wish the soldier could zip around the battlefield, but, no, you have to wait six seconds to grapple to another enemy. 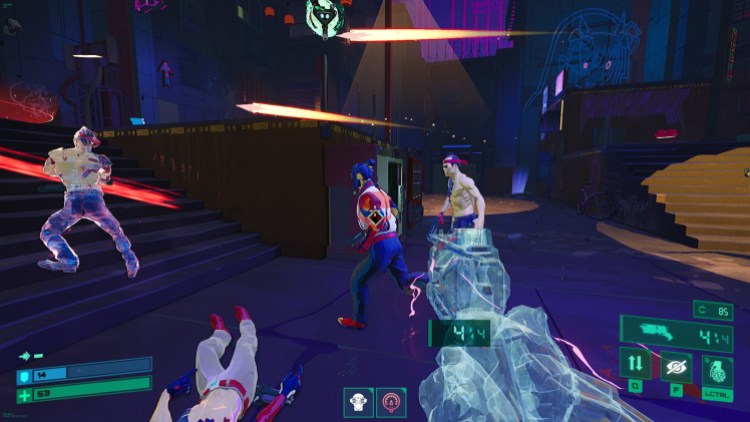 Deadlink does a lot right, but I’m simply not feeling the combat. I wish guns felt more impactful and powerful, and I’d prefer enemies that didn’t just stand there waiting for me to shoot them. I do appreciate the permanent upgrades, as those make the runs feel more rewarding, but I personally don’t feel like Deadlink is worth it at the moment. If the combat gets some more oomph to it, however, I’m totally down to revisit the game later down the line.

Here’s when you can play Modern Warfare 2, PC requirements included