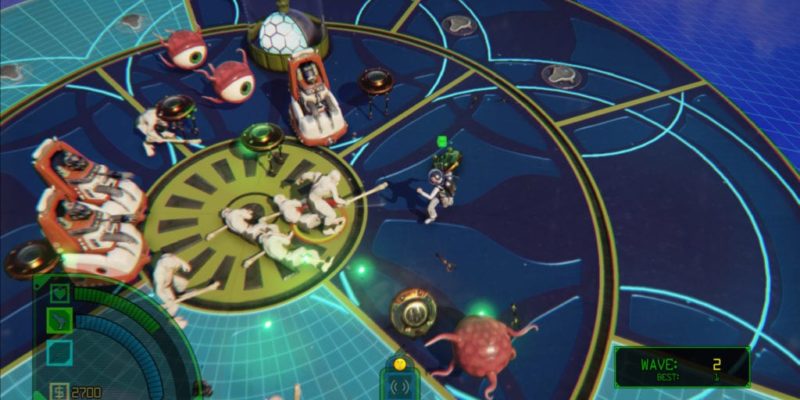 The survival mode is structured in waves (of course), in between which players can switch out weapons, purchase upgrades, and generally prepare for being dumped onto the next platform full of dubious creatures and environmental hazards. Enemies will periodically drop gold when defeated, and you can gain some extra points by freefalling through hoops (as was possible in the main campaign too).

In conjunction with this new addition, The Deadly Tower of Monsters is 66% off on Steam. That makes it a touch under $5.10 USD. Have a read of our review if you’re undecided. I thought the game was pretty alright.