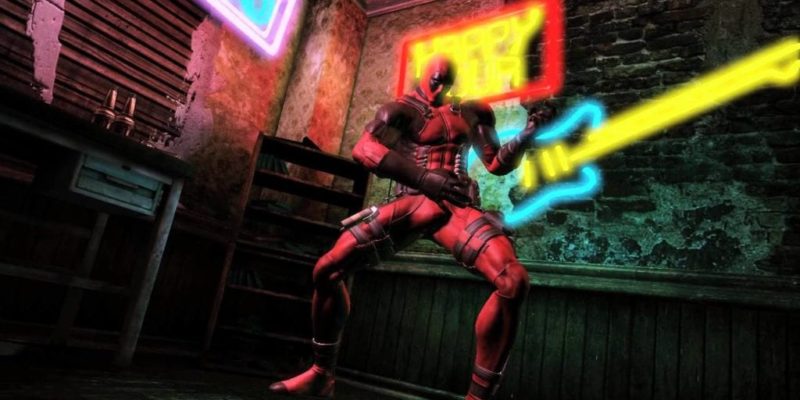 In this latest gameplay trailer for Deadpool, the titular hero doesn’t so much break the fourth wall as smash it, grind it up into glass and then plough it into the earth. I’m saying it’s quite self-aware, basically. Which, as far as I know, is pretty in-keeping with the character.

It’s mostly Deadpool being … well … Deadpool, but in between his clowning around there’s also a spot or two of stylistically violent gameplay to be seen.

The game is due “later this year.”