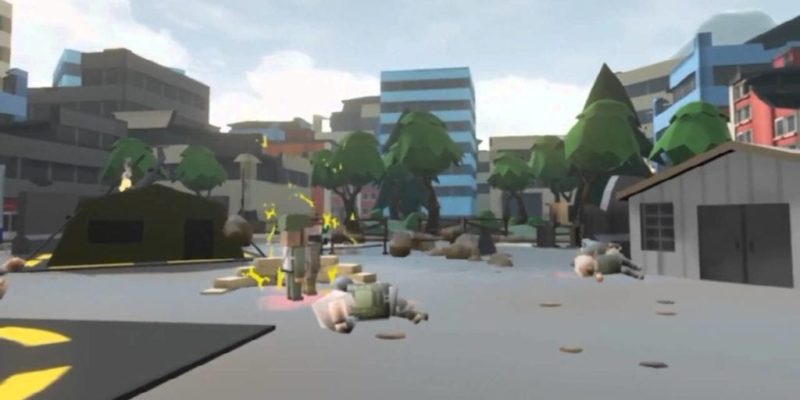 RocketWerkz has been playing around with the Vive for a while now and the fruits of their labour is a new game called Out of Ammo.

The game will be coming to the Vive exclusively and it’s a VR strategy game in which players have to “survive” as long as they can by building defenses, issuing orders, and taking control of soldiers.

It’s a simple looking game with blocky style graphics which will probably work quite well in VR, even if they won’t set the world alight.

Despite the fact that Dean Hall compared VR to “a very expensive Wii”, he obviously feels creating games for the Vive is worthwhile at this early stage of modern VR.

A steam page has been launched for Out of Ammo and it is an Early Acess release. Let’s hope Dean’s latest game actually leaves Early Access and gets a full release this time.

Out of Ammo will be released today.

Out of Ammo Key Features

Star Citizen free for the next week