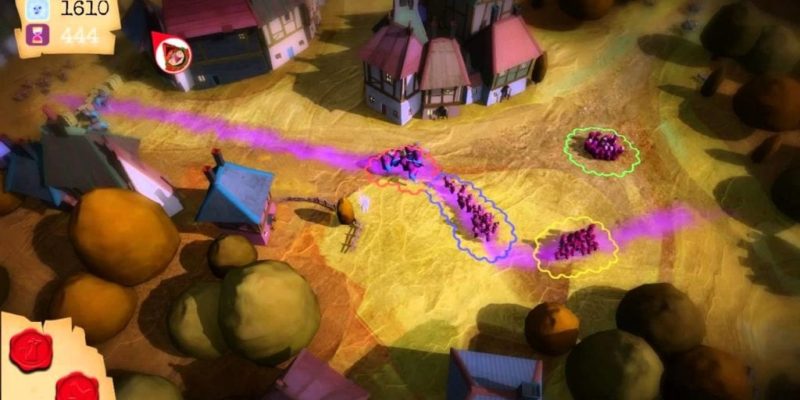 Ambient Studios recently failed to reach their Kickstarter goal for their strategy title Death Inc but that’s not deterred them.

Today they announced a $10 paid alpha pre-purchase scheme which will support development of the game before it is released this November. The game will cost $19.99 when it releases so  anyone interested can make a bit of a saving and get into the action from today.

Any0ne who pre-orders will get access to the game right up to launch with special development builds, special forums and other bonus goodies.

“We were overwhelmed by the support we received during our recent Kickstarter campaign,” says Jonny Hopper, Director, Ambient Studios. “Despite the fact we didn’t reach our initial target,  we did raise support of over £122,000 – that’s a tremendous amount of support which has given us the confidence to push on.

“Doing it ourselves has also given us the freedom to give more back to the community. Players who pre-purchase the game now will be able to join us on this incredible journey as Death Inc. helping us shape it into the game we know will be enjoyed by the world over. The tiered nature of Kickstarter meant it made sense for us to limit alpha access to players who pledged $40 or more; now everyone who supports us will get immediate access to the game through until the final version later this year.”

Death Inc is a rather quirky and twisted strategy/god game in which your aim is to infect the population with of 1660’s England with the bubonic plague. This alpha video should explain things a little better, and if you like what you see, you can pre-purchase from the Death Inc site now.

Build the theme park of your dreams with Theme Park Studio