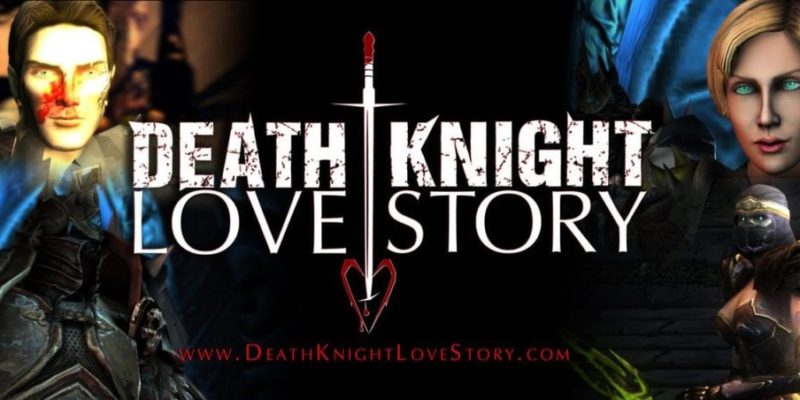 Brian Blessed gives his all during recording. He always does!

The name Hugh Hancock or Strange Company may not ring many bells to most of you but Hugh has been involved with the Machinima scene since the nineties. Hell, he even coined the phrase. Hugh’s written books about it, created some great movies and even given talks on the subject. He’s the Machinima guy and he’s back with Death Knight Love Story.

I was been involved with one of Hugh’s very first projects Eschaton which I have to say was great fun, even if I did spend a lot of the time making him scream in anger as we lobbed grenades when he was trying to do a take. The joys of creating Machinima in Quake.

This week Hugh returned with a new movie called Death Knight Love Story, a new World of Warcraft movie, a game that Hugh has been working with for some time.

The movie runs for 20 minutes and features some great talents such as Joanna Lumley (Absolutely Fabulous and The New Avengers, BRIAN BLESSED (anything shouty), Jack Davenport (Pirates of the Carribean) and Anna Chancellor (Four Weddings and The Hour).  I think you’ll agree that Hugh assembled a solid cast for this latest project. Anything with Brian Blessed in it has to be good right?

This is the first part of the story with a second part expected to be completed in about six months according to Hugh.

WoW fan or not, give this a watch, it’s impressive stuff. More details on the Death Knight Love Story production can be found over on the official website.

By Kevin Foley55 mins ago
Hardware