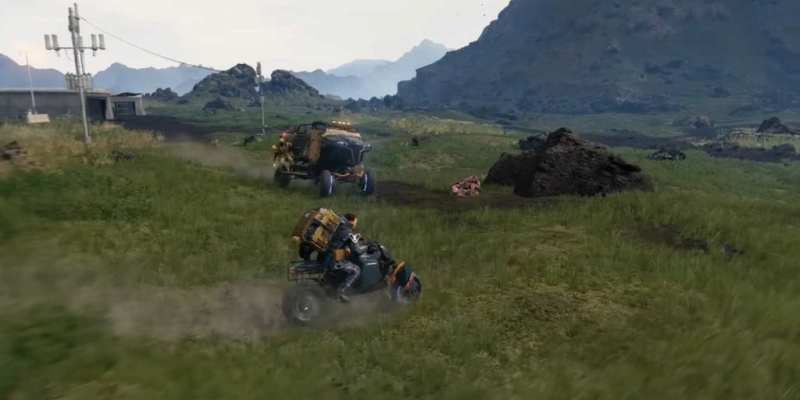 Death Stranding is the latest — or at least latest upcoming — hit from that insane genius, Hideo Kojima. And now we know when it’s coming to PC.

The game will still release for PS4 on November 8. For those of us who prefer the best gaming platform, the PC version will come out in summer 2020. That’s… not an exact date, but it’s still a lot better than no game at all. The PC version of Death Stranding will be published by 505 Games. Their fingers can be found in such pies as Bloodstained, No Man’s Sky, Control, and Don’t Starve.

Thanks to all of you who have been supporting #DEATHSTRANDING!
DEATH STRANDING release on PS4 is November 8, 2019!!
Furthermore, KOJIMA PRODUCTIONS is happy to announce that DEATH STRANDING will be coming to PC in early summer of 2020!!#kojimaproductions #deathstrandingpc pic.twitter.com/Sk4clWWY1X

What to expect when expecting Death Stranding

“We are extremely excited and honored to be working with the supremely talented team at Kojima Productions and to bring Death Stranding to PC gamers around the world,” 505 Games co-founder and CEO Raffi Galante was quoted in the release. “Death Stranding will take gamers through a completely original experience that will delight PC gamers everywhere.”

The game looks positively insane and has been that way since the first teaser trailer. If you don’t know, Death Stranding is a game where we’ll be controlling Sam Porter (played by Norman Reedus) who is tasked with reuniting the U.S. The country has collapsed due to a mysterious catastrophe that messes with time and space in some major ways. Expect to save the world.

From what we’ve seen of the gameplay, Death Stranding will have you crossing vast tracts of land. Along the way, you will encounter hostile humans (with guns, shock sticks, and driveable cars), mysterious enemies (that may take you outside the reality), and gifts as well as encouragements left by other players (entirely like in Souls games). Expect to do some inventory management and gear upgrading — after all, Sam will be carrying most of the stuff on his own back!

Afterparty review – Best friends partying their way through the afterlife

Overwatch 2 reportedly to be unveiled at BlizzCon 2019