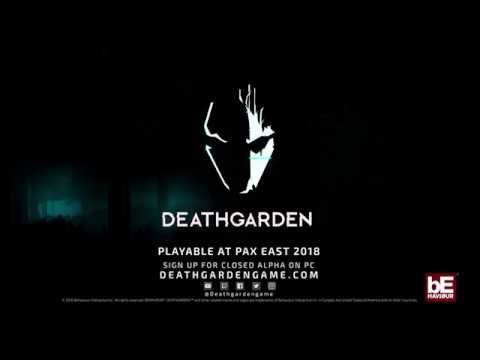 Deathgarden from developer Behaviour Interactive (Dead by Daylight) has just been officially revealed and it’s not about potting plants in the afterlife.

There’s actually not too much information to go on right now but what we know is the game is set in the near future and it revolved around a bloodsport that’s popular on the game’s planet. Players will need to team up as agile runners or play as a heavily armed Hunter whose only goal is to kill the runners and stop them escaping the arena which is different every time.

“We are proud to finally reveal our next game, Deathgarden.” said David Osborne, VP Product at BHVR Digital. “We embrace the challenge of asymmetrical gameplay and the unique moments it provides, drawing players and viewers into the experience. Playing with your team to overcome an unrelenting threat hell-bent on stopping you isn’t just fun to play, it’s really engaging to watch.”

Alpha sign-ups are now live on the official website.