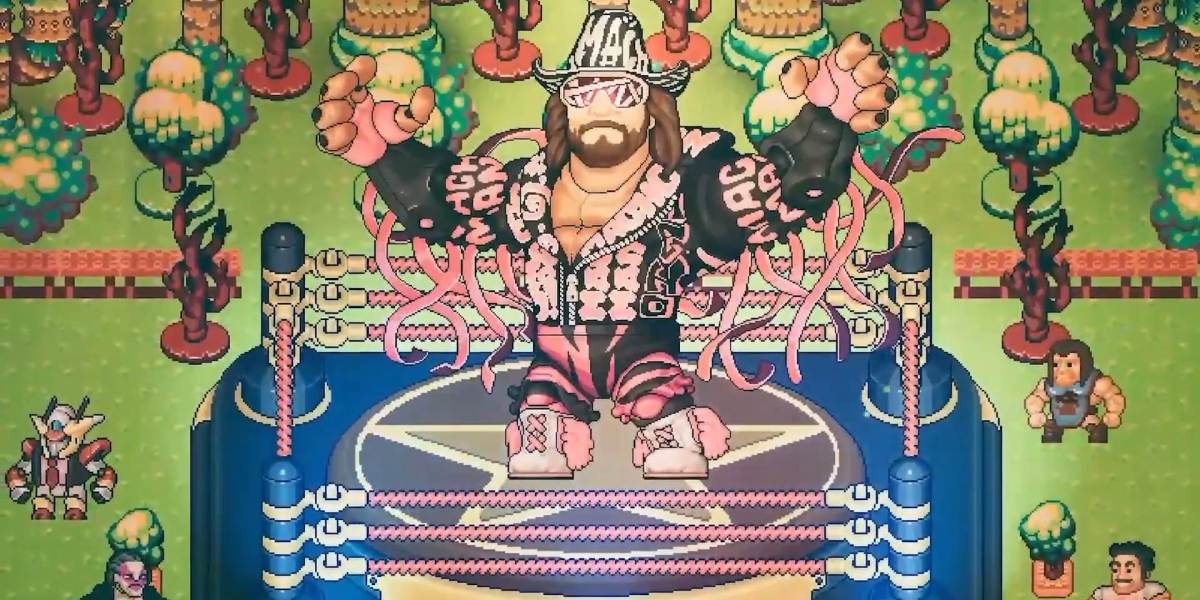 Normally, turn-based RPGs stick closely to tried and true traditions when it comes to their premises. They typically take place in some kind of fantasy setting in which a sword-wielding protagonist recruits a party of like-minded, magic-casting heroes to save the world from a great evil. Although this formula has and continues to work well, some fans may understandably want to experience something a little more out of the ordinary. Enter WrestleQuest, a game recently announced at today’s [email protected] showcase. The game fuses the gameplay of turn-based RPGs with the hot-blooded, theatrical world of professional wrestling. Those interested in this wacky premise can check out the WrestleQuest announcement trailer in all its glory.

The trailer certainly has a lot to latch onto for fans of both turn-based RPGs and wrestling. WrestleQuest portrays its over-the-top characters and world in a clean, crisp pixel art style bolstered by simple, yet fluid animations. The game stars Randy “Muchacho Man” Santos, an up-and-coming wrestler who embarks on a journey to become the best.

He teams up with a wide variety of pro wrestling icons and fights alongside them in explosive turn-based battles, which all have a large audience roaring in the foreground. On his own, Santos has a fairly large arsenal of moves at his disposal, which have names like “Burrito Body Slam” and “South of the Border Stunner.” In addition, he can partner up with his party members to dish out one of several tag-team moves that incorporate timed button presses, not unlike Paper Mario.

All in all, the trailer for WrestleQuest makes it look like a delightfully fun time. Those looking for a unique spin on turn-based RPGs should definitely keep their tabs on this one. The trailer does not specifically say when players can expect to jump in the ring, only stating that it is “coming soon.”

Shredders — Is it worth it?