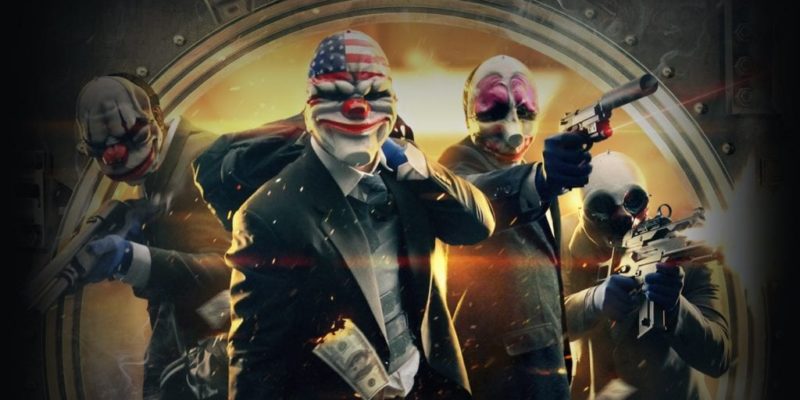 I wasn’t planning on writing up “here’s what’s in the new Humble Monthly Bundle that you can’t buy anymore” every month, but as I apparently forgot to unsubscribe, I might as well give you a run-down of what’s in this one.

As with last month’s, this one is actually surprisingly good – and contains a couple of games I wanted, so that’s nice too. Let’s do this in the order in which they’re listed on the site, though.

First up is Banished, the brutally hard Paul-approved city-building thing. I already have this, and can confirm that it’s both brutally hard and really quite good fun. Next up is Rust, one of those online multiplayer survival things I don’t actually care about, but the Steam page notes “Contains violence and caveman themed nudity” which sounds pretty good to me. Probably worthwhile if you’re into that sort of game, as people seem to like it.

Moving onto stuff I do actually care about, the third game in this bundle is Payday 2, complete with four bits of DLC: the Dragan character pack, the Big Bank heist, the Gage Mod Courier, and the Gage Assault Weapons pack. Then there’s Neon Struct Deluxe Edition, a spy-themed stealth game in a surveillance state, which has been on my Steam wishlist for awhile. Also on my Steam wishlist is the fifth game, Chroma Squad, a tactical RPG about five stunt actors who team up to create a fake superhero show clearly themed around Power Rangers. That description alone covers a lot of “things I want in games.”

Arguably the biggest thing in the bundle is the next and sort-of final title: Company of Heroes 2, complete with The Western Front Armies and The British Forces DLC. The latter two are both multiplayer/skirmish DLC, but they add in a total of three new sides to play as, giving you a grand total of five. Not bad.

Genuinely finally, there’s a demo of Frozenbyte’s Shadwen, a forthcoming stealth game “making its worldwide debut” here. It lets you rewind time, employ physics, and use a rope to topple objects and cause “accidental” deaths. Sounds quite neat, although this is only a demo; the full version isn’t included in this bundle.

Totting it all up, this lot would currently cost you £133.68, if I can do maths properly. Naturally, buying things on sale would drop the price considerably (Payday 2 has been a lot cheaper than its current £14.99 price, for instance) but you’d still probably be hard-pressed to find all of the games this cheap.

As ever, there’s an element of risk – you have no idea what’s in the Humble Monthly Bundle until it’s already out, and once it’s out, it’s too late to buy it. If you want to opt in for next month’s bundle, then you can do so now for $12 USD.

How much room space does the Vive need for VR? StressLevelZero demonstrate