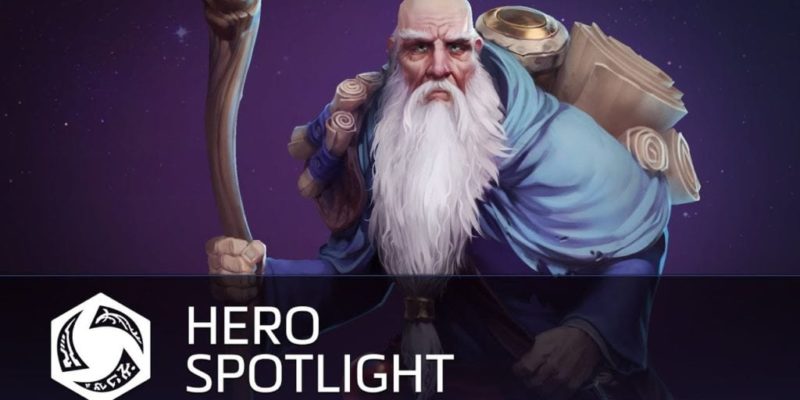 While Diablo community is still mourning the loss of the great Deckard Cain, Blizzard is not done with him yet as he’s going to be dropped into Heroes of the Storm.

Deckard will join the action as support hero with abilities that should aid his team but stay close because he gains an armour buff and his basic abilities recharge faster if he’s close to his teammates. Deckard can heal by chucking potions. By unleashing the Horadric cube he can deal damage to enemies and also slow them as they try to escape. There’s AOE damage with Protective Scroll which also roots enemies caught within its triangle-shaped zone. Stay Awhile and Listen is an actual ability where Deckard will read a story to his foes and cause them to fall asleep. I kid you not this is a thing. Finally, the craply named Lorenado is a swirl of books that knocks back enemies.

He’s an interesting addition but you can’t help but feel Deckard deserved better than this. Ending up inside a cartoon MOBA. Deckard releases into the game later this month. RIP Deckard.

Several PC Racing Games Discounted Up to 80% on Humble Store