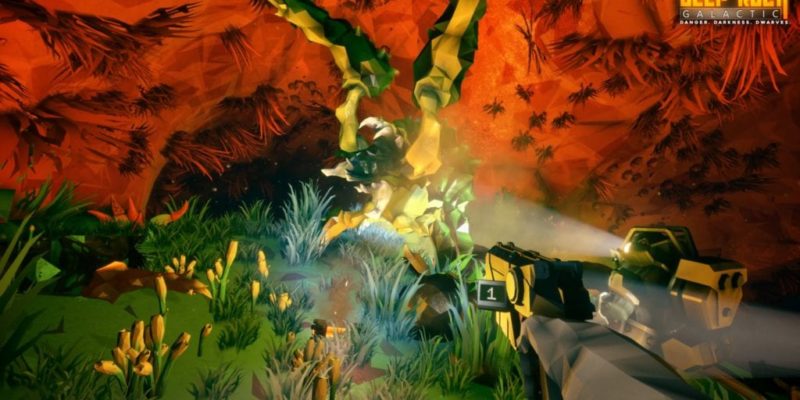 What is Deep Rock Galactic?

Deep Rock Galactic is a co-op first-person shooter in the vein of Left 4 Dead or Vermintide. However, you play as futuristic space dwarves who just want minerals and gold. You get drunk at the space station bar, throw on some tunes, and then hop on a giant drill to head down to a nearby asteroid. You can choose to play one of four classes: a scout with a grappling hook, a gunner with a big ol’ minigun, an engineer that can deploy turrets and create ledges, and a driller with — obviously — a big drill.

Once on a mission, players are tasked with a specific objective like mining a certain amount of minerals or grabbing some alien eggs. All the while, however, various creepy-crawlies come at you in waves. Deep Rock began the walk towards the endgame earlier this year with the addition of Deep Dives, but it’s now expanding things even more with Update 26. 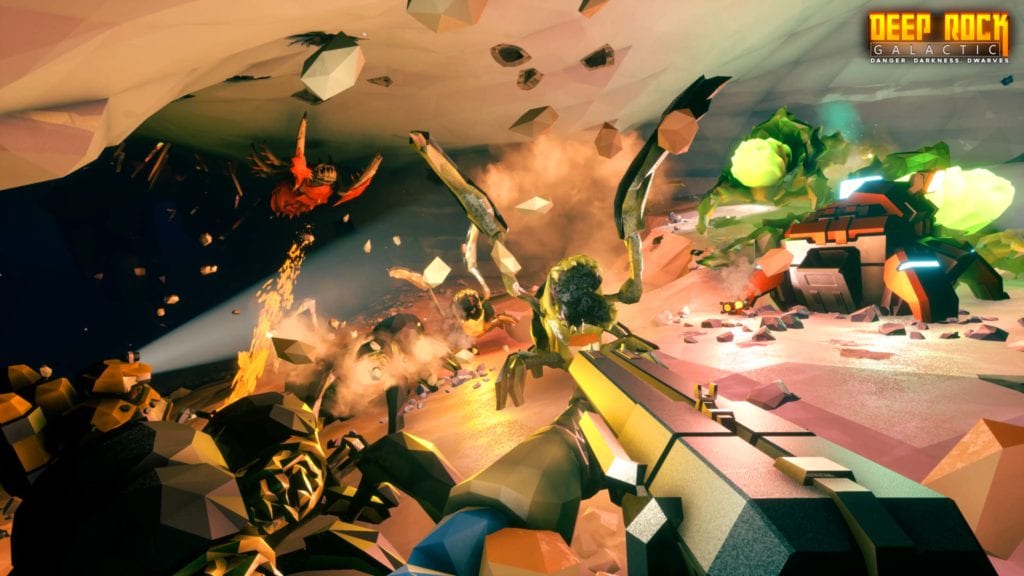 As Deep Rock Galactic nears release, Ghost Ship Games has been adding new content quite rapidly. Machine Events are the focus of the newest update. These are gameplay challenges that players can randomly encounter on any mission. Three Machine Events can be encountered: Kursite Infection, Rock Mutation, and Tritilyte Crystal. Each presents a unique, timed challenge. If players manage to complete a challenge, they gain access to rare weapon overclocks and cosmetic items. You generally unlock most weapon mods and cosmetics by the time you reach the endgame, so it’s good to see that players will have more unlockables to look forward to.

But we haven’t addressed Deep Rock‘s most important update yet. A series of new dwarven beers have been added to the game. Slayer Stout, Burning Love, and other new beers are coming to the Abyss Bar. Drink ’em and you might get various buffs for a mission. Or they might freeze you. They might teleport you. Or they might just get you plain old-fashioned drunk. Some of the new beers will require specific ingredients, though, so make sure you keep an eye out for Barley Bulbs, Malt Stars, and other ingredients as you make your way through the dark underground.

You can currently purchase Deep Rock Galactic on Steam with a nice 33% discount for $20.09.

What does Half-Life: Alyx mean for Half-Life 3?