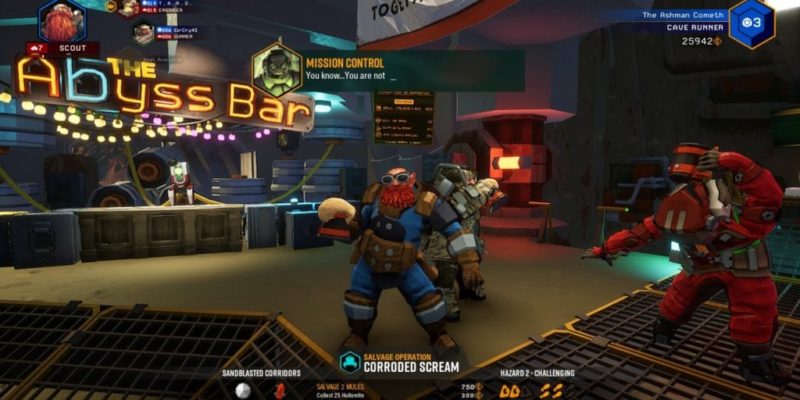 Most early access games are based around a slow trickle of content until the game eventually becomes content-complete. After all, they’re released early to try and make cash to fund development. Deep Rock Galactic, however, has had a ton of content. And players have taken notice in a big way. Despite not being “finished”, it has amassed a sizable following that’s been digging into the game for dozens of hours. With update 25, however, they finally have end game content.

Once you dig in

I wasn’t sure exactly what to expect the first time I booted Deep Rock Galactic up. A co-op game about mining? How much fun could that possibly be? Extremely fun, it turns out. If you’re not familiar with the game, you pick one of four classes of Dwarf, select a mission, and are dropped onto a planet with a main and secondary objective. These vary from mining specific minerals to finding items or even killing giant enemies.

The different planets are randomly generated and there are different biomes to visit. These have different terrain and enemies. There’s a lot of variety too, which makes Deep Rock Galactic stay fun for a really long time. You also harvest certain materials that can be used to upgrade your weapons and equipment. Oh, and there are accessories and different kinds of facial hair! You’re a Dwarf, so picking the right beard is a must! 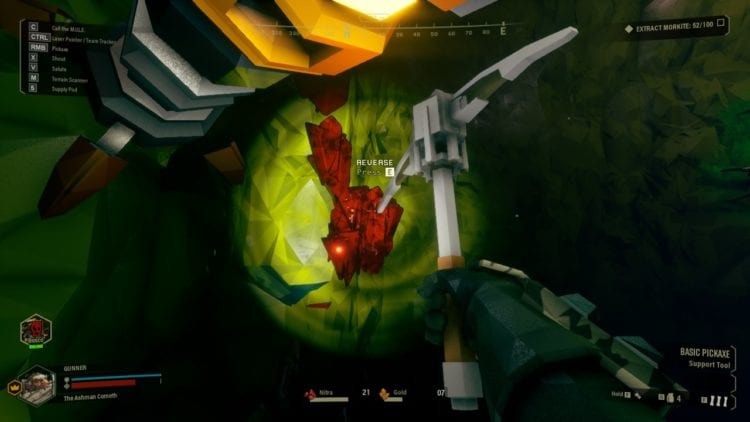 Hey, lemme ax you something.

You can attempt missions with up to three other players, whether they be friends or randoms. I’ve played a lot with friends, which is great, but Deep Rock Galactic has a great community with a lot of helpful, friendly players. In all the hours I played, I don’t recall meeting a single toxic person. This game is all about teamwork.

A key demonstration of how cooperation is central to Deep Rock Galactic can be seen in how it can affect player mobility. All four classes can get around, but what’s awesome is the way they can work together to move more easily.

For instance, I often play with a good friend of mine. I’m usually a scout, who’s unique movement skill is that he has a grappling hook that he can use to pull himself wherever he needs to go. My friend, on the other hand, plays an engineer. The engineer has a gun that can create platforms for the other players to use. This allows us to work together to mine hard to reach places that would be tricky otherwise. Someone spots a mineral up high on a wall and points it out, my friend shoots a platform right under it, and then I grapple onto the platform, mine it, and then grapple back down. 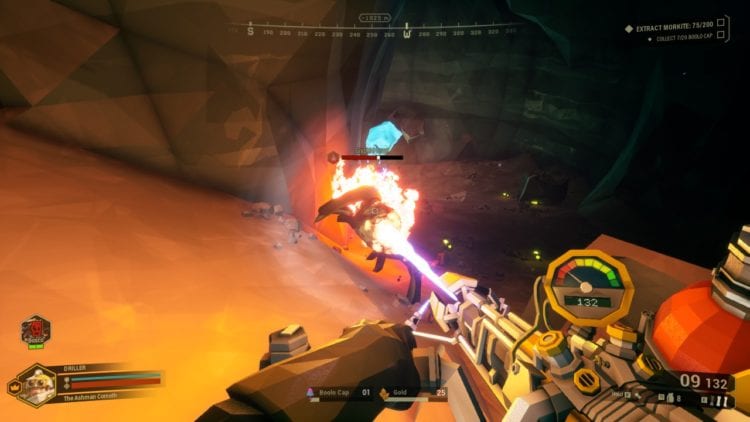 Similarly, the other classes also have mobility options that offer unique benefits for the rest of the team. The gunner can put down ziplines that are able to travel up inclines. Naturally, the entire team can use these. The driller can use his drill to clear paths through the environment for the team too. He’s especially helpful when it comes to getting through the compacted dirt that players have to dig through in order to make it through to different sections.

So, before the most recent update, Deep Rock Galactic already had a large amount of content. It’s the kind of game you wouldn’t necessarily know is early access without spending a ton of time on it. The biggest issue the player base faced was simply not having anything left to unlock. Even though there’s hours and hours of stuff to do, people who’ve unlocked everything still wanted more.

This is why the game has added “deep dives”. Every week, a new set of three tough missions becomes available. These are apparently the same for everybody, but they also must be played all together with health and ammunition remaining constant. Completing these missions comes with special rewards and players can attempt them as often as they like. 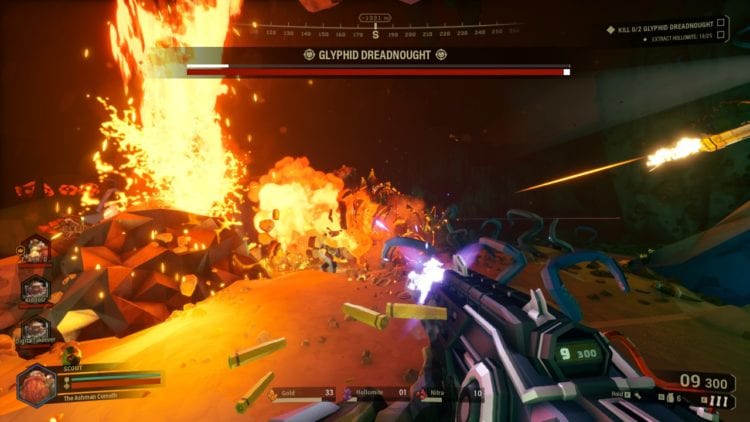 The big guys don’t go down easy. Especially when you’re hitting them with a pea shooter.

But these dives aren’t all that’s been added. The main reward you’ll be looking out for are matrix cores, which you can then forge into more powerful weapons or accessories. On top of that, there are new mutators that significantly change the way you have to play certain missions. And the new stuff isn’t all relegated to the end game, either. There are now crates that you can find in normal missions that contain upgrade materials and skins, opened with collectible batteries.

Early access or not, Deep Rock Galactic already has more than enough to do for a lot of players. It’s always nice to see a developer put this level of care and devotion into making their game consistently fun and engaging, which makes it a real no-brainer as far as investments go for anyone who enjoys co-op games. I really love the fact that there’s a teamwork-focused game like this that isn’t solely about shooting things or survival. That kind of hook goes a long way towards giving the game a unique identity that’s as compelling as it is entertaining.

I feel like I’ve barely scratched the surface in Deep Rock Galactic. But one thing’s for sure: it’s quickly becoming one of my favorite co-op games. It’s unique, has a ton of content, and is relentlessly entertaining. And there’s, naturally, even more content in the pipeline, as the update bills itself as part 1 of the end game. It’s clear, though, that developer Ghost Ship Games aren’t even close to finished with putting out new content. The game probably already has enough to it to drop the early access aspect entirely at this point, but I’m looking forward to seeing what else is in store.