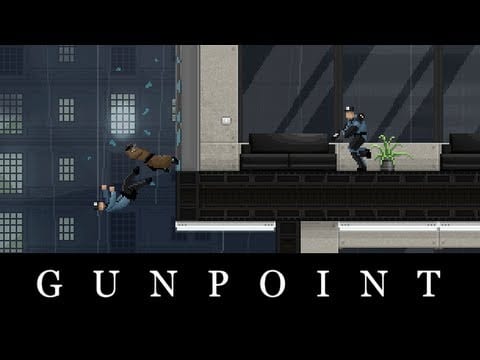 Games writer Tom Francis has also made a videogame. What kind of crazy crossover world is this? Next you’ll be telling me that Neil Tennant has formed a pop group. Anyway, this game is Gunpoint and I know very little about it other than what I have just learned from this launch trailer.

That is to say, you’ll be smashing a lot of windows. So many windows does your trenchcoated spy-man smash! He also messes about with cameras and lightswitches, then messes up and gets shot by guards.

It’s kind of looking like a more emergent and side-on version of Monaco. With fewer French people, perhaps.

Gunpoint is out now on Steam, costing $10 USD (actually $9 USD, for a limited time.) To see what’s going on in this trailer, it’s probably best to watch in fullscreen.