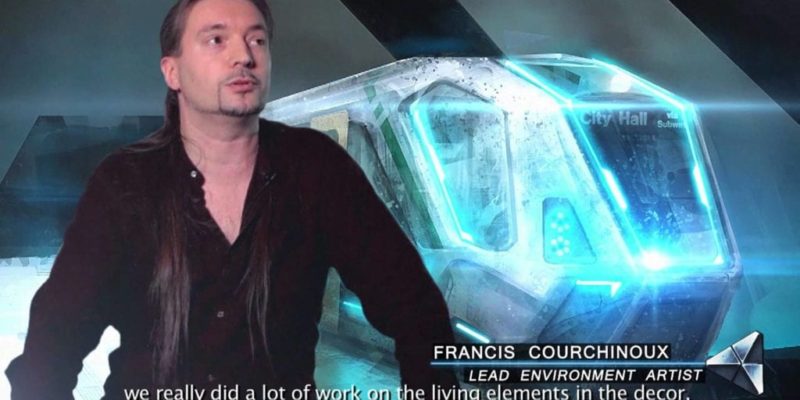 I could make a joke about remembering Flashback, but there’s no time. Look. You have to watch this remake trailer.

It’s hilarious, if only because it reveals – and I’m hoping this is true – that Flashback began life as an adaptation of The Godfather. And it wasn’t that the project fell through and a side-on game set in the 40s and 50s got turned into Flashback – the original idea of the developers was to do a sci-fi version of The Godfather, with Michael Corleone being chased through space by mafiosi.

What else? Well, the game is looking gorgeous, as you can see from both the trailer and the screenshots below, and it’s due out on 1 August… for Xbox 360. The PC version will presumably be dropping by a little bit later. Sigh. We’re still scheduled for autumn, at least.

If you don’t know what Flashback is, then poor you! It’s a phenomenally good side-on action/adventure platformer, in the vein of a less frustrating Another World. The remake doesn’t appear to be a straight port with new graphics, though; the developers talk about how the old combat system is a bit rubbish if you look at it these days, so they had to figure out how to update that (and everything else) while remaining true to the original. If you’re not happy about that, then fear not: the game will also include the original version too, so you can always play that instead.

Watch the trailer below and set anticipation to stunned. I will quickly warn you that the end of the video appears to close with part of the original ending cutscene of Flashback, so you might want to stop watching at around 3:35 if you’re spoiler sensitive.