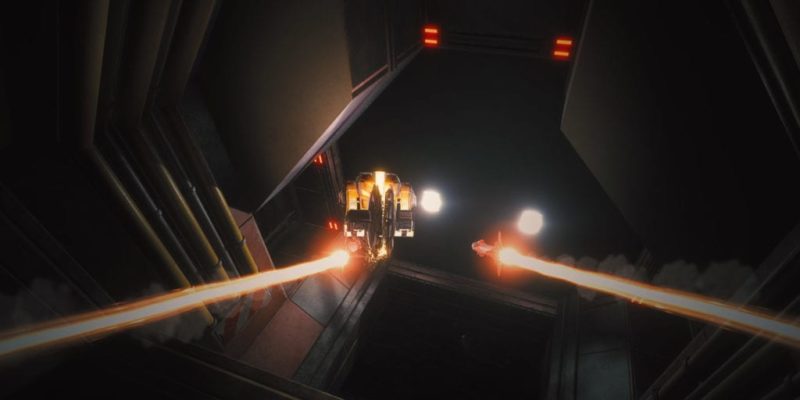 Overload is the upcoming spiritual successor to Descent and it now has a free trial on Steam.

The game has not gone into Early Access,  that’s happening on 13 March, so this is a primer of what’s to come. The game successfully reached its Kickstarter goal last year and developer Revival Productions includes members of the original Parallax Descent team.

“We’ve put his demo together in a hurry, and though we’ve done as much as we can to make it perfect, it still has some rough edges. And of course we’re still very early in development — we’re showing off a few sample levels and some cool weapons and robots, but there’s lots and lots more to come.”

Descent was a mental game and Overload promises more head-spinning 6-DOF gaming with Overload. It’s primarily a single player game where you need to take out the enemy robots, rescue hostages and ultimately blow up the reactor before making an escape.

This teaser preview demo includes a single-player level, two Challenge Mode levels, and a training mode. It’s also worth pointing out VR mode has also been enabled for this demo and a future multiplayer expansion is planned.

The demo can be downloaded on Steam right now. If you loved Descent then check this out ahead of the EA release.