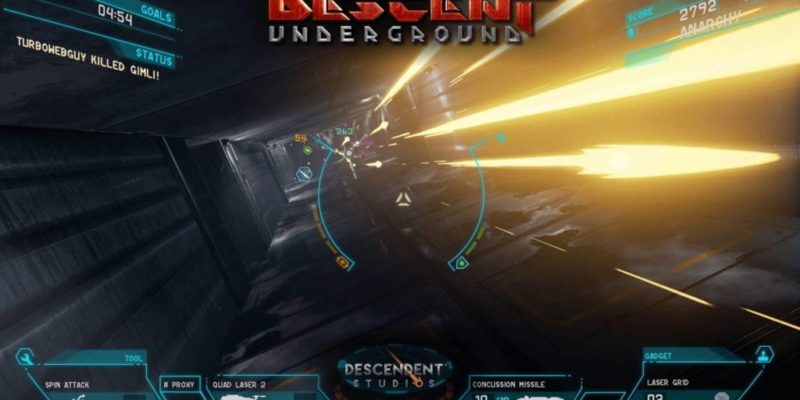 If you didn’t back Descent: Underground when it was still in the Kickstarter funding process because you wanted to see how it would pan out can now jump into the game.

Today Descendant Studios released the game on Steam Early Access for $29.99 and no doubt fans of the original underground ship shooter will want to see what they’ve done with the concept. As with all Early Access titles there is limited content to start and so far they have added thee ships classses, five map and game mode combinations and a few “diverse weapons”.

There is some good news if you were not a fan of their planned microtransaction model because that has now been removed from the game and they now plan to release news content as “larger expansions”. Descendent Studios CEO Eric Peterson explains:

“Fully testing and balancing a richly-featured multiplayer and single player game requires a lot of players. Steam Early Access gives us the chance to bring more people into the game at a crucial stage of development and get their feedback, which we plan to incorporate into the final game.”

“In response to a broad cross-section of our community, we’ve also decided to move away from the micro-transactions model we had discussed during our Kickstarter. Once we leave Early Access, any future content will be bundled into larger expansions. Fans have spoken and we listened, ‘buy once, play forever’ is the course they wanted, and one we fully embrace.”

If you ever played the original it could really mess with your head as you traverse the tunnels. I played the original Descent in VR back in the nineties and it was a mental experience so it will be interesting to see how this new version will work with today’s VR tech.

You can pick the game up in Early Access now.