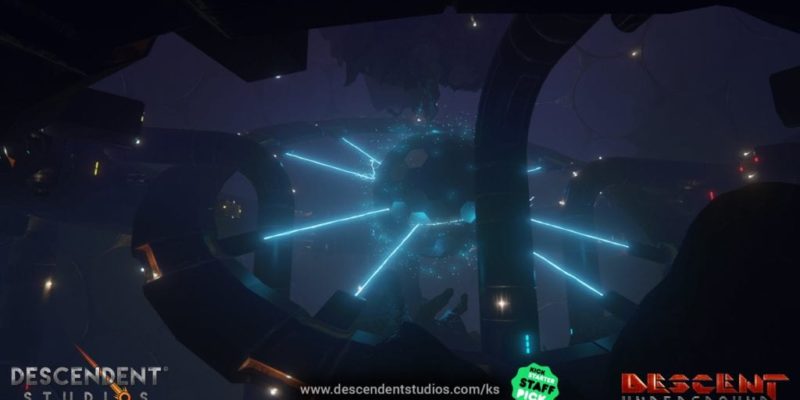 Descent: Underground has hit Kickstarter, and is seeking $600,000 to bring back six-degrees-of-freedom blasting.

I’m a little confused as to what it actually is, but it seems to be a multiplayer-only 6DOF shooter with destructible terrain. The words “multiplayer-only” are never actually used, but the project doesn’t appear to mention single-player at all, and claims that “multiplayer is the heart” of the game.

So here’s what you can expect: gorgeous, Unreal Engine 4 graphics. Voxel maps that you can burrow through to create your own paths and routes. Multiple playable ships, all of which are customisable. Tech trees. Player progression. Modding, letting you customise things further and create your own maps.

Game modes include bog-standard deathmatch, a “capture the ore” mode that tasks you with mining a certain amount of resources before the enemy team, a “capture the asteroid” mode that demands you take and hold strategic beacons, and a mining mode that wants you to find, mine, and return a very specific resource to your harvester.

Descent: Underground is being developed by Descendent Studios, a company spearheaded by Eric Peterson. Peterson last worked as President of Production on Star Citizen, which sounds like either the easiest or most impossible job in the world.

You can see some screenshots and an assets trailer below, but for proper details, click on over to the Kickstarter and check out the project for yourself. Descent: Underground is trying to mine $600,000, and at the time of writing, it’s on $134,575.

The Kickstarter ends in 30 days, and – if funded – Descent: Underground is due sometime around March 2016.

Age of Wonders 3 expands with Eternal Lords in April