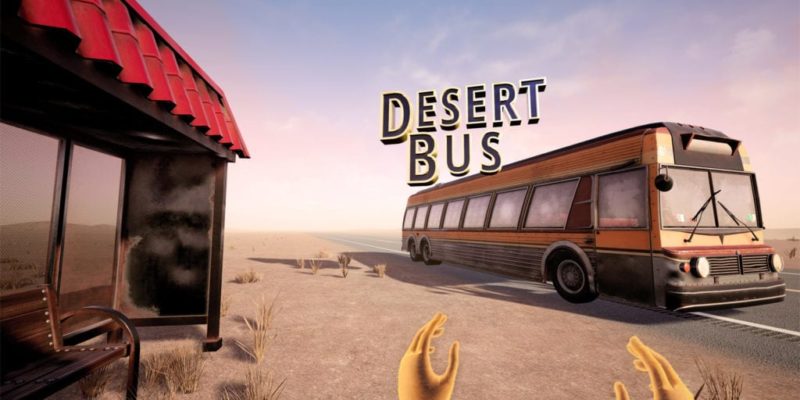 Desert Bus has a cult following. It was a mini-game created by Penn and Teller which was never commercially released but it has been used to raise money for charity. It is extremely mundane. From today, a trip on the Desert Bus can be experienced in full VR with new improved desert and bus visuals.

If driving a bus along an empty road from Tuscon to Las Vegas for eight hours appeals then Desert Bus is for you. With a whopping max speed of 45mph and if you swerve off there’s always the opportunity to get towed back to the start in real-time.

This new updated version comes with a radio which may or may not break up the tedious journey. The radio audio does include commentary from Penn Jillette about how the game came about. If that excitement is not enough there’s a horn to honk, a bus door to open, and an air freshener to fiddle with.

What will make this new version of the game super exciting is the new multiplayer mode for up to four players. The other passengers can sit there and be really annoying too and throw bits of paper at the driver.

This truly is the pinnacle of PC gaming and the good news is it runs at a steady 60 FPS. If you don’t have VR, then fear not, you can still play this now on Steam.

Battlezone 2 remaster coming in 2018 from Rebellion