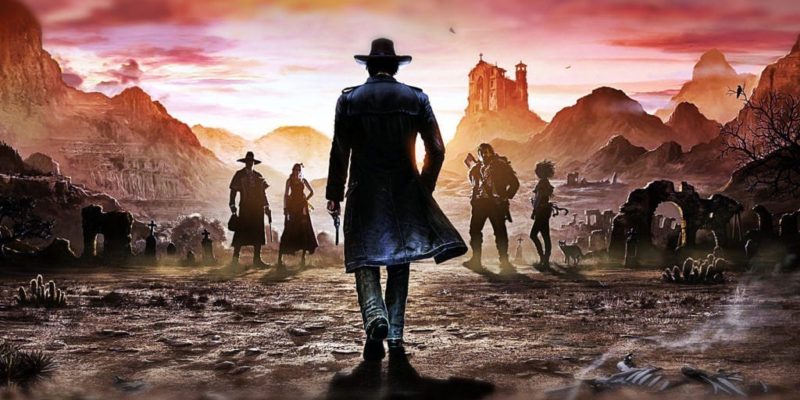 The Desperados series is a curious one. Combining story-driven Wild West thematics with isometric, tactical gameplay does, however, have a certain pull to it. The majority of similar titles stem from either a militaristic or high fantasy setting, so the change is welcome. The second title in the franchise, Desperados 2, met with mixed reviews upon release. Gamers stated that, while the graphics were great for its time, the story left something to be desired. The sequel also received a considerable amount of criticism for the number of bugs it released with.

Now, 12 years later, Mimimi Productions is bringing John Cooper and some of the gang back in Desperados 3. Just today, they announced the game’s closed beta via a new trailer.

The first title, Desperados: Wanted Dead or Alive, was released by Infogrames and dates back as early as 2001. In Desperados 3, the story follows series protagonist John Cooper on a quest for redemption, of sorts. Following the events of the past two games, Desperados 3 is set in the 1870s, where John must now be held accountable for his past deeds. Returning with him are the shady doctor Arthur McCoy and the high-stakes Kate O’Hara. The third installment in the series promises to tie together the franchise, offering a conclusion to the decades-long Wild West saga. 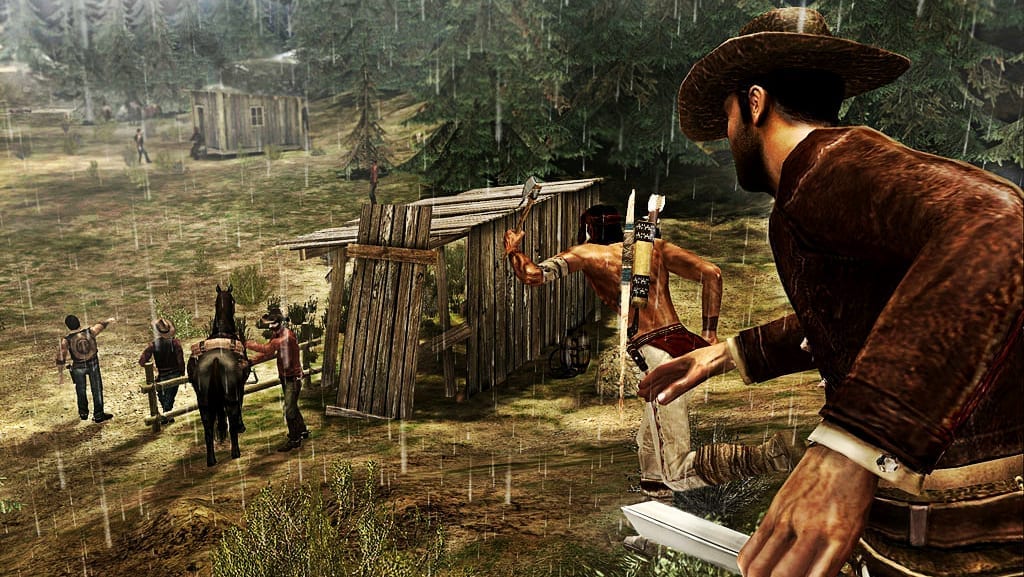 The gang’s almost all here in Desperados 3, which is now going into closed beta.

The cast in the game is about as varied as can be. Let’s start with John Cooper himself, a known gunslinger. Cooper can either take out baddies with his revolvers, or rogue-style sneak attack them with his knife. Desperados has always had a stealth element to its gameplay, and the third game is no exception.

Kate, ever the femme fatale, can use her charm to lure men into unsuspecting traps and ambushes. Hector, one of the more brutish characters, uses beartraps and an axe to chop down opponents. The calculating Arthur McCoy prefers more methodical means of combat. He can utilize lures, poison, and gas to debilitate and confuse enemies. This means that there are a number of ways to skin a cat in Desperados 3, so to speak. 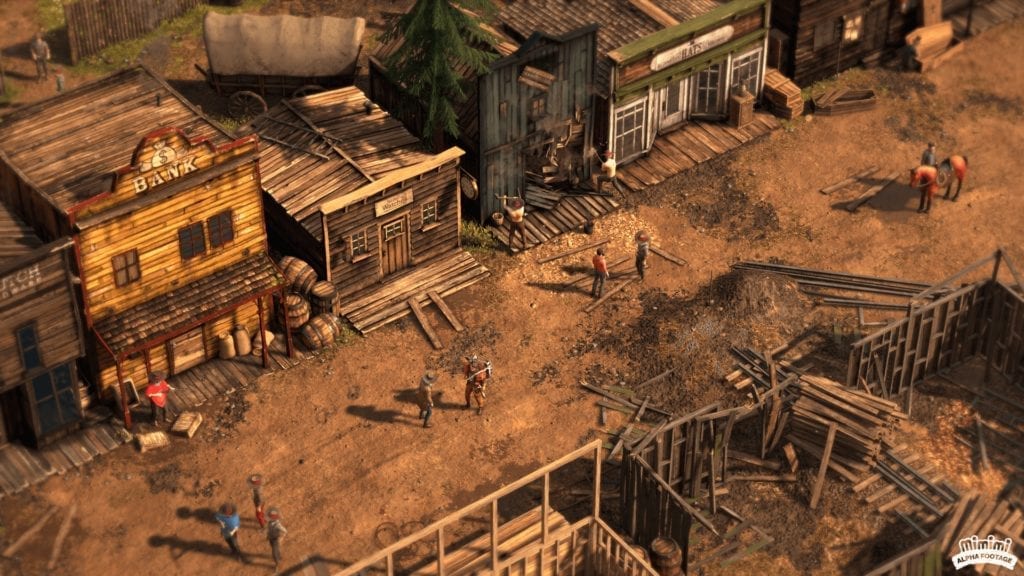 From full-on combat to stealth and strategy, Desperados 3 offers various ways to progress in the story.

Premeditation is key in Desperados 3

The sprawling, intricately-detailed maps in Desperados 3 are both impressive and daunting. The outposts and settlements are usually heavily-guarded, making a direct skirmish very discouraging. Instead, players are encouraged to employ strategy in order to achieve their goals. Utilizing stealth and clever movement can be the key to victory in many situations.

A helpful feature in the game is the ability to discern where your opponents are looking by clicking on them. By doing so, you’ll get to see your foe’s line-of-sight, helping you plan your next move accordingly so as not to alert them to your presence. Players can also make use of props such as barrels to poison enemies, or you can outright sneak up behind guards and knock them out. Proper planning is the way to go in the Wild Wild West. 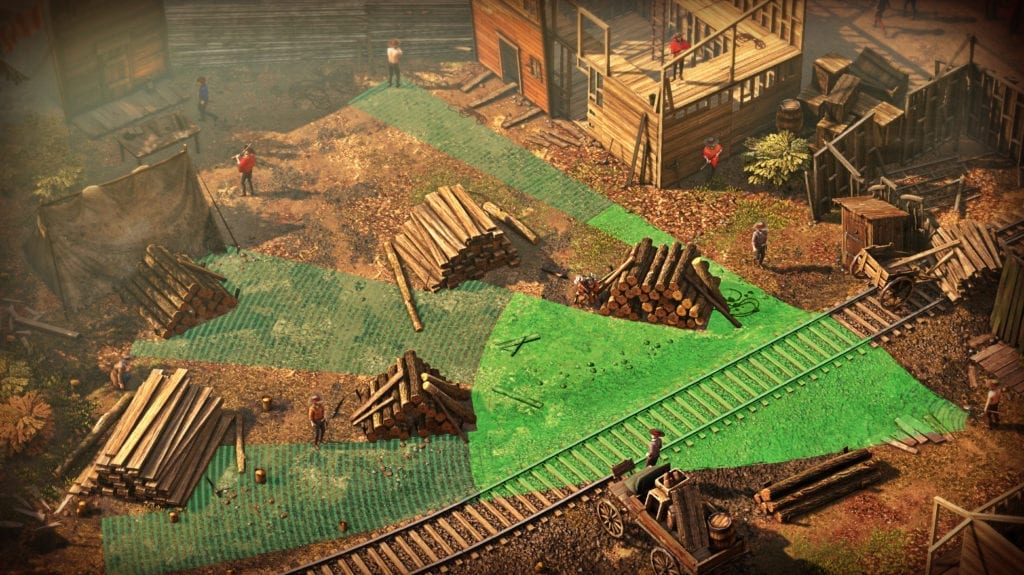 Desperados 3 requires the player to think before they act, or foes will gun them down in no short order.

Interested in becoming a part of the Desperados 3 closed beta? We have you covered. The closed beta will start on Tuesday, July 9 and run up until Sunday, July 21. This means that beta testers will have close to two full weeks to get in on all the action the cowboy epic has to offer. Players who are interested in checking the game out and offering feedback can sign up here. THQ Nordic and Mimimi will review the applications and select 500 lucky participants to test out the game.

The developers have stated that the closed beta will rely heavily on community input, and they’ll be working on the game while players test it out. They’re accepting applications at the time of this writing, so be sure to sign up soon if you’re interested. For more information about Desperados 3, check out their website.

Desperados 3 looks promising, with the Game Critics Awards even nominating it for Best Strategy Game of E3. It will undoubtedly serve as a unique experience in an often-overlooked genre. Are you looking forward to this long-awaited continuation of the franchise? What are your thoughts on the closed beta? Let us know in the comments!

River City Girls bring the beatdown to their boyfriends’ kidnappers

By Logan Broadley21 hours ago
Previews