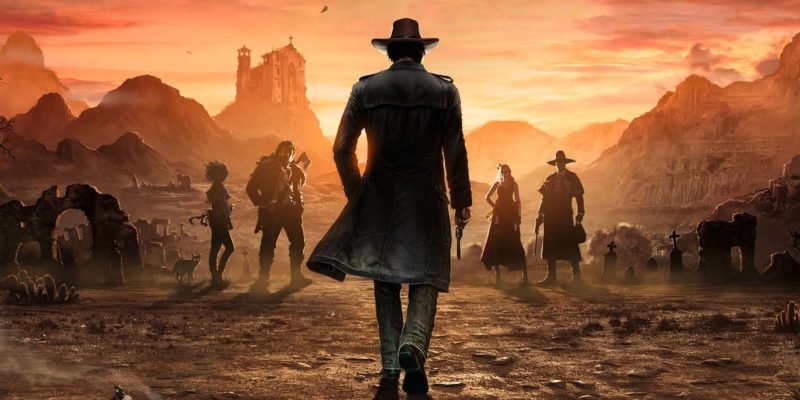 The dangerous times of the Wild West tend to evoke different opinions from many different folks. The idea of everpresent danger, high stakes, and confrontations is one that is almost embedded in the whole idea of this time period. With developer MiMiMi’s take on the prequel that is Desperados III, the idea remains alive and well. One wrong move and it’s into the grave with you. This is a return to form for a cult classic in the real-time tactics genre, and I am definitely saddling up for it, spurs and all.

As the third game in the series, Desperados III takes us all the way back. Functioning as the prequel to 2001’s Desperados: Wanted Dead or Alive, we relive the adventures of bounty hunter John Cooper. From his days as a young buck to eventually meeting the rest of the members of the original gang, it is simply awesome to get more of the backstory of these colorful characters.

With the likes of Kate O’Hara, Doc McCoy, Hector Mendoza, and Isabelle Moreau along for the ride, it is high time someone took the fight to the evil DeVitt company. For veterans returning to the series, the many references and general appearances of several of the crew makes for great nostalgia. However, for those just exploring the franchise for the first time, Desperados III is a perfectly modern way to jump in as well. 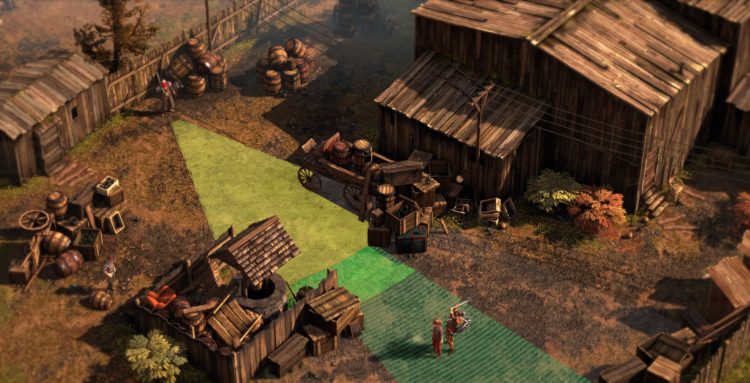 Charting the course of Cooper and his eventual development into the dashing bounty hunter many know and love, Desperados III keeps things fresh and relatively snappy. Each level and story beat seldom wear out its welcome. Plus, the duality of a serious tale coupled with the comedic timing of the game’s script results in an excellent experience throughout. The writing for Desperados III is a definite highlight, and lends much personality to the proceedings.

The pedigree of MiMiMi also shines through. With their stellar work on Shadow Tactics: Blades of the Shogun in 2016, the developer has certainly evolved its craft. The polish that is in Desperados III‘s stealth, tactics, and action sequences are engaging, challenging, and most of all, fun. The game drops you into huge levels that are sandboxes of creativity. Members of your party are often tasked to infiltrate certain locations, accomplish a variety of objectives, and hopefully not end up in a firefight. This is a tried and tested formula that works well for an RTT game. 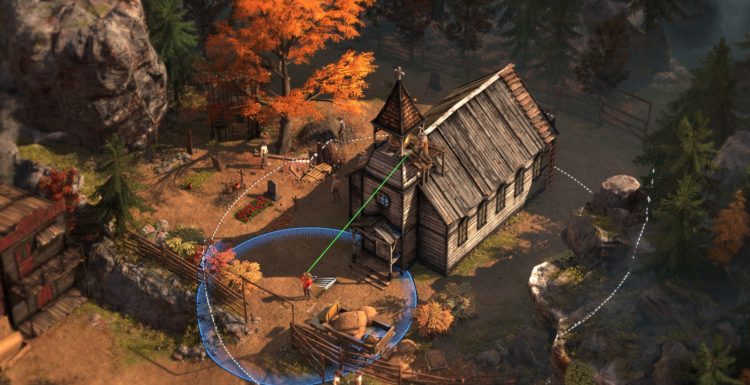 Each character boasts their own unique skills and abilities, perfect for distracting guards and evading the ever-vigilant view cones. Cooper can throw knives at ranged, or kill two guards at once with dual pistols. Mendoza can set up a chokepoint with his bear trap, while Isabella uses her voodoo powers to mind-control enemies. Each situation can be tackled differently, depending on how the player wants things to play out. Amid all the planning and action, MiMiMi has made sure that the personalities of our heroes stand out distinctively, with personalities that are instantly recognizable.

The way abilities can dovetail together is also a testament to great design. By assessing the situation, weighing up the options available, you can potentially make a tricky situation resolve itself with a thought out plan. By tapping on Desperados III‘s Showdown Mode feature, you are able to plan and line up moves in advance. Be it movement, activating an ability, or just sending a patrolling guard to his grave, the game pauses while allowing you to explore the options. The inclusion of this purposeful pause in the action adds another layer of strategic value to Desperados III‘s gameplay design. A perfectly executed plan is always a beauty to marvel at.

Desperados III also makes sure to tell you that failure is all part of the game. The frequent reminders to pull a Quick-Save goes to show just how much experimentation the developer is expecting of players. When one way does not work, try another; it’s all fine. With load times seemingly instantaneous, sometimes trying something silly just for the sake only increase the fun you can have while playing.

While huge levels are already chocked full of objectives to complete, there are other challenges you can pursue in Desperados III. Competent strategists can earn their stripes by completing various achievements that have different conditions. Some are easy enough to obtain, such as killing a certain number of enemies. However, others like making through a level without saving makes for a tense and utterly satisfying test of your skills.

There is also The Baron’s Challenges, which is another optional mode that is made for the shrewdest of tacticians. By revisiting certain levels in the campaign but with special restrictions, it offers you another perspective on how a character can be fully utilized to his or her limits. Perhaps you fancy an all-out gunfight to complete your goals. Or poisoning the minds of everyone sans Isabelle, The Baron’s Challenges is made for you. MiMiMi will be adding more such content in the future, so fans of such stern tests can rest even easier.

As the sun sets on Desperados III, I cannot help but marvel at the tactical masterclass on display here. The difficulty of the game might be off-putting for some, but for those craving a certain test of your tactical acumen, Desperados III is a perfectly rewarding experience from start to finish. The refinement of the formula that MiMiMi possesses has resulted in yet another gem.

A challenging real-time tactics experience in the old Wild West, Desperados III pulls no punches in its quest for old-school magic.

Jett: The Far Shore has you embark on an interstellar adventure

By Steven Wong4 days ago
Reviews