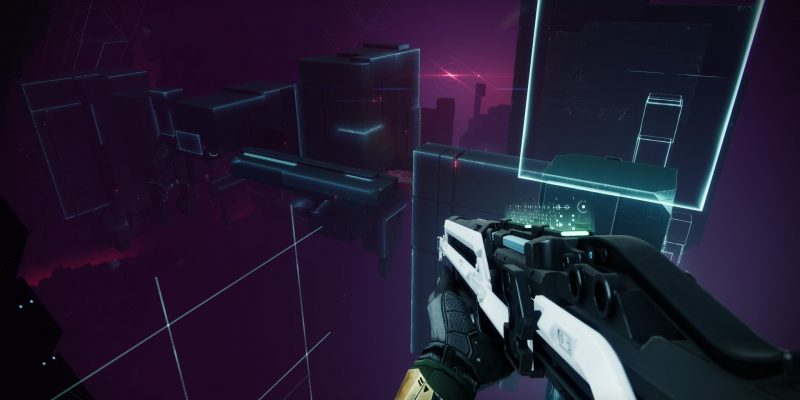 After completing the Override activity in the Tangled Shore, the Splicer Servitor will give you the “Codebreaker” technique. It’s just a fancy way of saying that you’ve unlocked the Expunge activity. Be prepared because you’re going to go through a winding maze that eventually leads deeper into the Vex Network. Anyway, here’s our guide to help you complete the Tangled Shore’s Expunge: Labyrinth weekly pinnacle mission in Destiny 2: Season of the Splicer.

The Expunge: Labyrinth mission this week in Destiny 2: Season of the Splicer can be launched by opening the Tangled Shore’s map. 1,290 power level is recommended and you’ll also want Anti-barrier mods. Heck, you’ll probably want to bring a sword anyway, so go ahead and use The Lament.

The first section is a trippy and confusing maze, one that’s filled with bright lights, narrow corridors, and hidden passageways that you can access via sliding wall panels.

Note: The first column of Splicer Gauntlet perks (i.e., Codestrider, Signal Booster, and Wirewalker) tend to be very helpful here since they can reveal shortcuts and platforms. 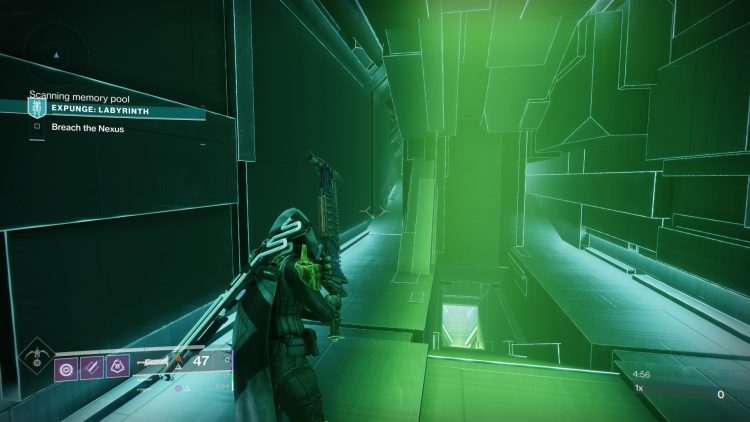 Always be on the lookout for sliding wall panels. Some of them have little cubbyholes that you can slide through, while others might crush you instantly as you’re passing through a hallway.

Eventually, you’ll reach a junction (seen above). If you take the sloping path to the right, that’ll take you to a running/jumping puzzle section. This one has a Resident Evil-esque laser trap that’ll move along the corridor. 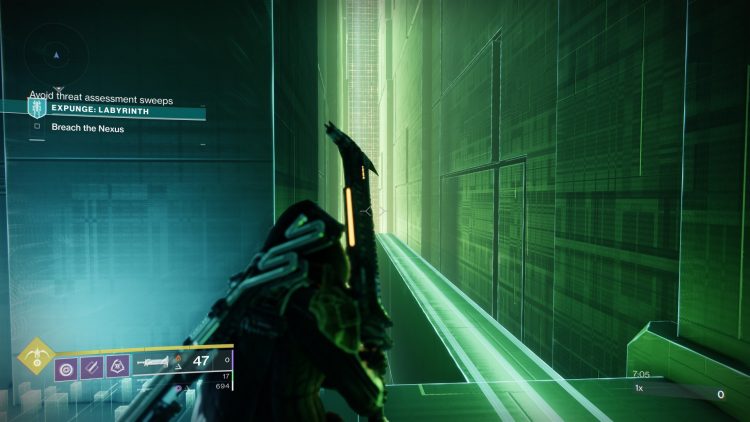 You’ve got to jump across the gaps, all while watching out for sliding panels. There are also tiny nooks off to the side to help you avoid the laser.

Once you reach the end, you’ll spot a teleporter that’ll take you to the Vex Network. 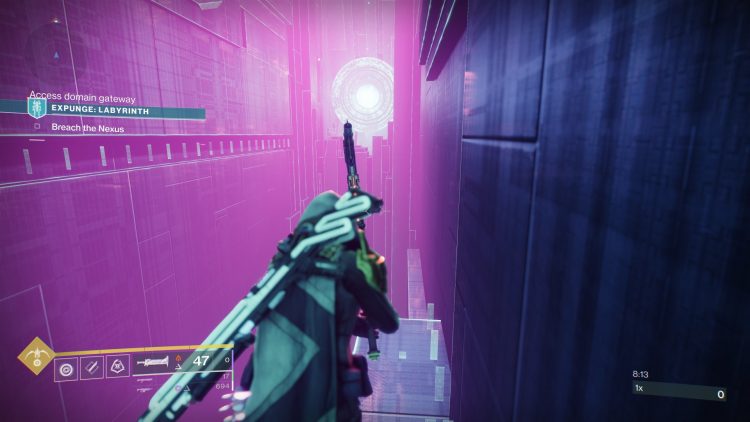 The Vex Network in Destiny 2: Season of the Splicer‘s Expunge weekly mission is a massive area. There are ridiculously wide gaps that you need to cross, so make sure you’ve equipped a sword and an armor piece that helps with movement/jump distance. 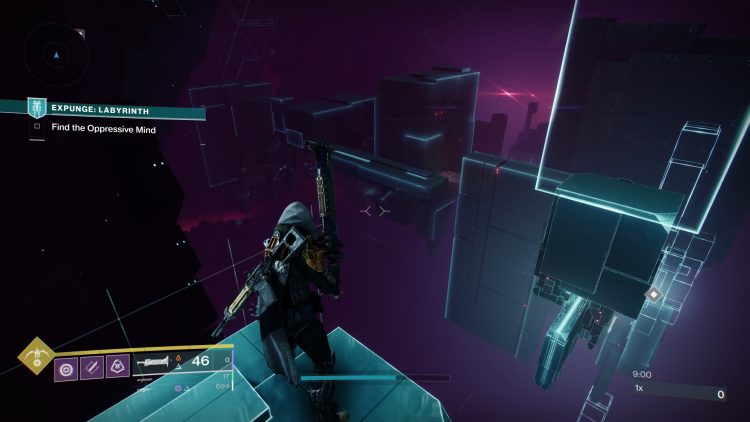 There are a few mechanics to take note of while you’re here:

(1) Vex Crystals – Shooting these will reveal platforms that you can use for traversal.

(2) Enemy mobs – You’ll encounter enemies such as goblins, Anti-barrier hobgoblins, regular hobgoblins that like to snipe you, minotaurs, and even fanatics that are just waiting to explode once you get near. 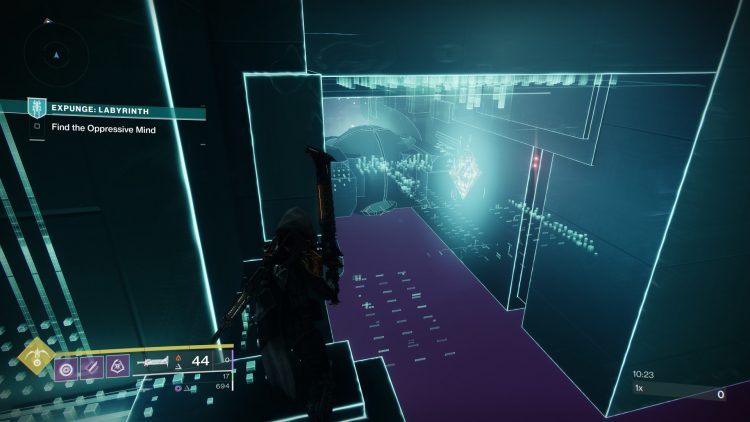 (3) Data Spikes and Jump Jets – From time to time, you’ll encounter yellow-bar harpies. They’ll drop a data spike that you can place inside a terminal. This usually activates a jump jet (those circular things that push you halfway across the map).

(4) Detain Drones – These are red homing drones that’ll beeline for you. If they hit you, you’ll get locked inside a detain bubble. While you can shoot the bubble to destroy it, you could end up dead if you get trapped while in mid-air. 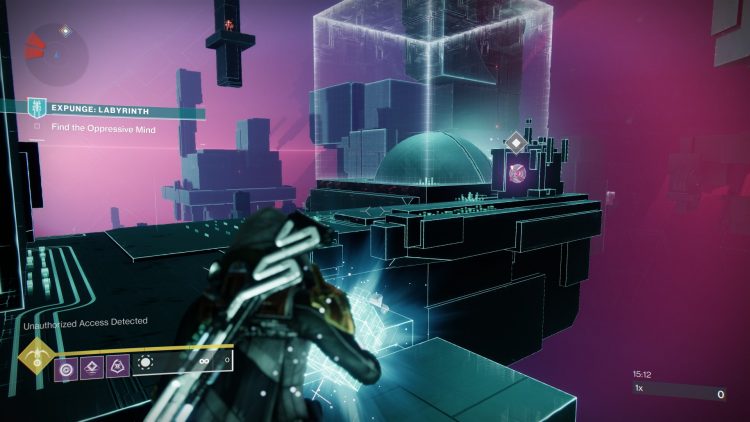 Eventually, you’ll reach the final area where you’ll fight against Fantis, Oppressive Mind (a Vex gate lord). It has a simple laser beam attack, but the weapon will still manage to hit you even if you’re a kilometer away. Fantis will also periodically summon fanatics just to make things more interesting.

Likewise, you’ll notice four Vex crystals that can be destroyed. Doing so will spawn barricades in various sections of the area. These are mostly to provide cover while battling the boss. 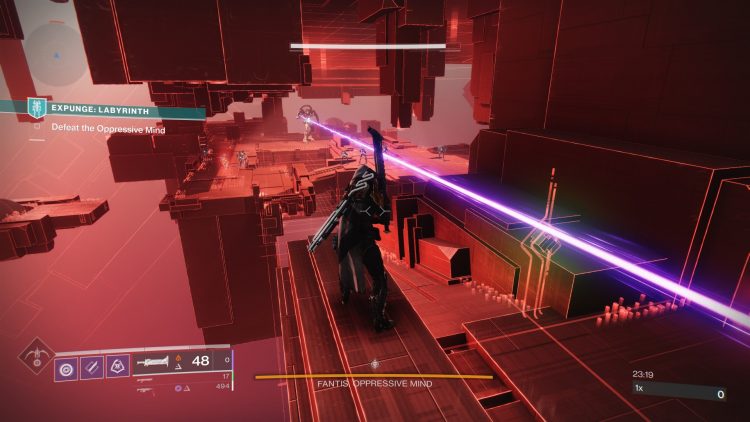 Use your super and sword to burst Fantis down. After a few seconds, the boss will get shielded. To break the shield, you’ll need to kill the two yellow-bar harpies that will spawn.

Bring their data spikes to two terminals that are across the distance (you’ll have to use the disappearing platforms). Then, take the jump jet to get back into the fray. 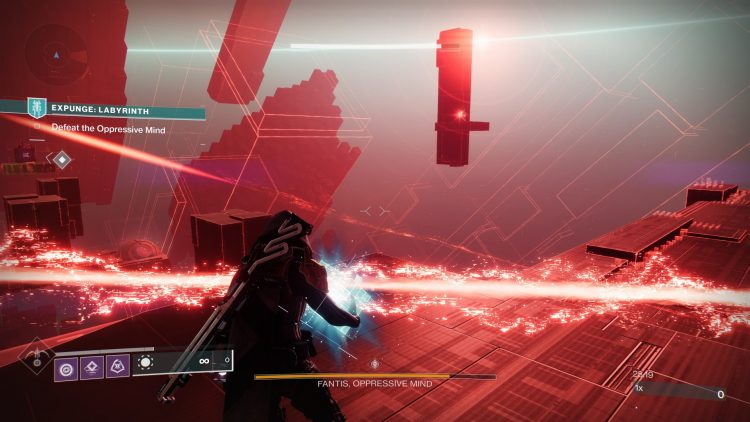 After defeating Fantis, you’ll receive your loot. Unfortunately, it seems the reward is bugged. Although Bungie has touted the Expunge weekly mission as having pinnacle rewards, you might get an item that’s below your base power level. That’s really annoying, so I hope this issue gets addressed soon.

Note: You can return to the Splicer Servitor to receive an Umbral Engram. This, too, doesn’t have a pinnacle-tier power level. 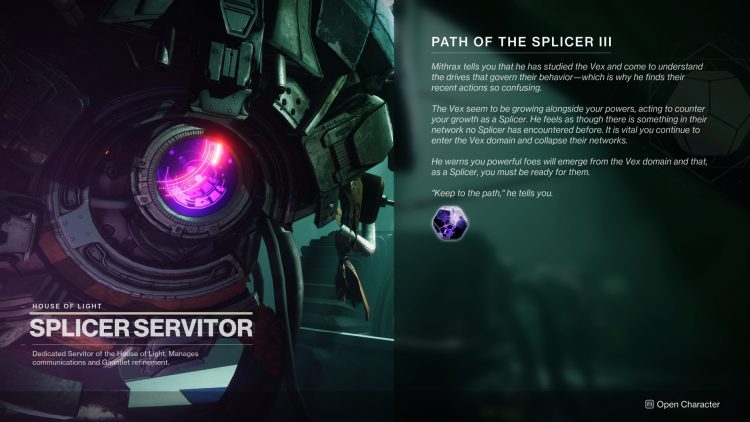 By Jason Rodriguez47 mins ago
Guides