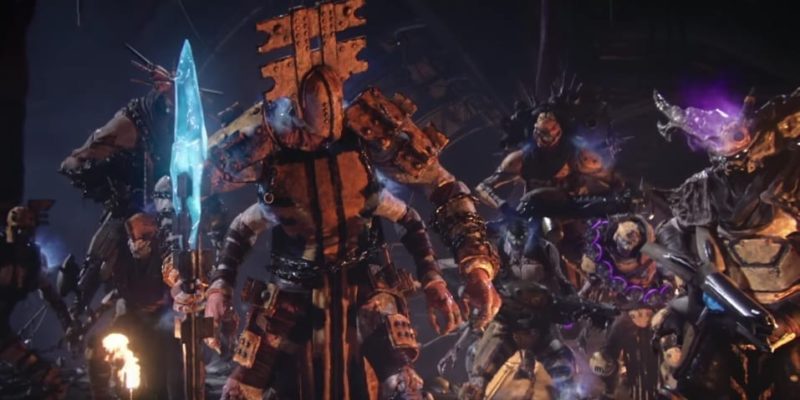 Forsaken is almost upon us. The upcoming Destiny 2 expansion promises big events, big raids, and even bigger changes for the entire game. We already know the changes in store in the coming weeks prior to and during the expansion’s launch. We also know that players will be eager to get their revenge with a fan-favorite NPC’s passing. With these in mind, let’s take a look at the launch trailer for Destiny 2: Forsaken.

Yes, there will be major spoilers.

You’ve got to hand it to Cayde-6. He knows how to add a bit of humor in every situation, even when it means his own demise. We then see the Vanguard leaders mourning his loss and debating whether to attack or not.

It’s dark, it’s gritty, and yes, you can really feel a tonal shift in terms of storytelling in Destiny 2. It’s a lot angrier and more serious — a certain flavor that has been missing in the franchise. For the first time in a long time, Destiny feels a lot more engaging than before.

The biggest surprise, however, was seeing our Guardian utter an entire line of dialogue: “Uldren is mine!” Look how far we’ve come since the days when the only things one could do was shrug and let our Ghost do the talking. Seeing Petra Venj and the new Fallen NPC — The Spider — is also a treat.

Also, for long-time fans, you might notice a certain hand and costume at the 2:05 mark. Are you thinking what we’re thinking? In typical Destiny fashion, we also have more questions left unanswered.

In any case, the hunt is indeed on when Destiny 2: Forsaken launches on September 4. For PC players, don’t forget that you can get the game from Battle.net. If you’ve yet to experience the game, you can also check out the Legendary Collection which contains all the content from Destiny 2’s first year as well as the Forsaken expansion.

By A.K Rahming9 hours ago0
News