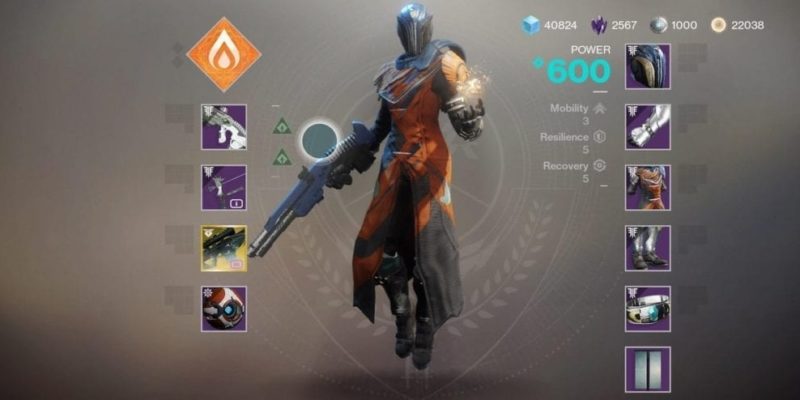 The Destiny franchise has always been known for having a fairly intense and time-consuming grind. In the first game, whether you were hunting for god-rolled weapons or trying to min-max your stats, there was always something to do. In Destiny 2, things became a lot easier, which made a few hardcore fans agitated.

The Forsaken expansion, however, tweaks things a bit. The grind is indeed back, and it is real. Getting to 600 or max Power Level (PL) — which veteran Guardians also call “Light Level” or “Light” — is no joke. We do have a basic guide for “Everything you need to know” about Destiny 2: Forsaken which you can check out. However, this particular leveling guide for reaching 600 PL will be more detailed.

Please note that a lot of the information presented has been collected from various community members on Reddit, namely Daniel300999, Primidius, and Zephaus. These three exemplary Guardians were able to provide a lot of help regarding power level thresholds, gear drop tiers, and scaling. I’ve simply added some input here and there as someone who’s already reached the 600 PL mark on two of my characters (Titan and Warlock).

Destiny 2: Forsaken — The Basics Of Leveling Up

A lot of players will feel daunted knowing that the grind to 600 or max Power Level can be a bit much. That’s a fair assessment. Those who have full-time jobs or families may feel that they’re getting left behind as well. These are some basic ideas to apply:

You don’t need to rush it. The raids will still be there. The missions will cycle around. Play at a pace you’re comfortable with and don’t sweat it.

2. Don’t do an activity if you don’t enjoy it

Some activities require hundreds of Crucible kills or Gambit grinding to complete just to get a powerful gear to drop. If you don’t like these activities, that’s fine as well. Do what you love to do and eventually you’ll get to max PL.

3. Group up whenever possible

While many activities can be done by a solo player, group play is where it’s at. If you can find a decent group to do Gambit or Crucible matches, or even certain Dreaming City missions, then do so. It makes everything a breeze.

If you make three characters, make sure they’re three different classes. Making the same class for your alt will prevent it from getting certain powerful gear drops once your main already obtained those for the week. Once you’ve done every milestone/bounty on that character, switch to the one with the second highest PL.

5. Focus on them one at a time

But even if you have three, just focus on one. This is regardless of which class you like best or what you consider as your main. Due to RNG, you might get the drops you need on your Warlock instead of your Hunter. If a certain character is higher PL, focus on that first to ensure that you get better drops. Remember that weapons can be passed from one character to another to boost their PL as well.

6. You don’t need to have these items equipped

You don’t need to have your highest PL items equipped. It’s fine if they remain in your character’s inventory. No need to change items every Strike or Last Wish boss fight just to ensure you’d get higher drops.

7. Focus on the task and some time management

For the sake of comparison, I’m in my mid-30s and self-employed. Apart from writing for PC Invasion and other websites under the Enthusiast Gaming umbrella, I also own a small business. I’m also a family man with a wife and a three-year-old to take care of. I have my hands full with adult responsibilities. What I am very good at is time management. I choose the activities I want to complete for the day in Destiny 2: Forsaken. I see these through to maximize my output for the day.

Any player who is a family man or a working adult might find the grind too daunting, but a little time management and focusing on the task at hand will see you through. However, for those who can spare three to four hours a day while focusing on the tasks that need to get completed, you should be done in no time.

Check out the infographic above from Zephaus. The information that he and other users provided has been quite helpful in knowing which activities to complete depending on your current Power Level.

When you reach a certain PL, the powerful gear that drops from these activities and milestones will have a soft cap. That means they’ll only drop +1 to +2 of your current status. You’ll need to do activities in the higher tiers to get drops that are +5, or even up to +10 of your current PL. Here are the tiers:

All of these activities offer the most opportunities to get powerful gear. Unfortunately, they all cap at 520 PL. Once you get past that hump, they’ll merely drop at +1 or +2 PL. So if you’re 540+ already, you shouldn’t prioritize these activities unless you have no other choice.

There are three Nightfall Strikes to choose from each week. You’ll want to pick the option with the most number of mobs and which won’t be a hassle for your fireteam. Match it with an appropriate elemental singe or burn, as well as the Match Game, Extinguish, and Blackout modifiers. You can add a handicap to increase the score as well.

Certain Nightfall Strikes like Strange Terrain (Nokris), Will of the Thousands (Xol), Savathun’s Song, and the Pyramidion are very easy to complete. They offer tons of mobs to rack up your score. Just remember to have players with the appropriate elemental weapons to break enemy shields due to the Match Game modifier.

Finally, prior to hitting 540 PL, Nightfalls can drop blue gear at -5 your current PL. You can even hit Lost Sectors while doing a Nightfall and they’d give you the scaled drops. Let’s say you’re 539 PL and your gloves are holding you back. Load up a Nightfall and go to the closest Lost Sector and start farming until you get gloves that would put you more in line with your current status. 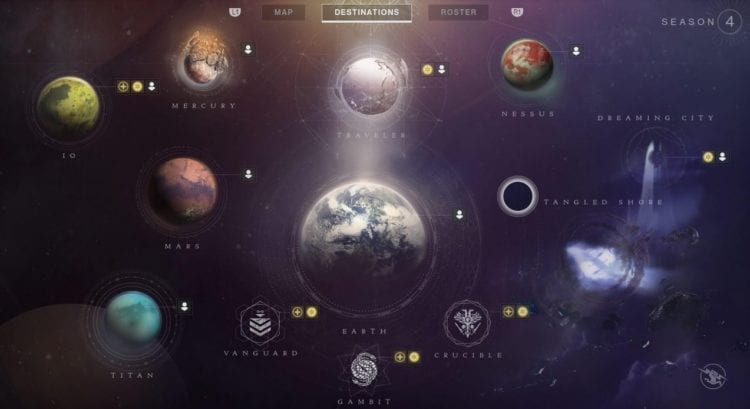 All of these activities will drop items at max Power Level. Some are fairly manageable, and others are the toughest ones in the game. 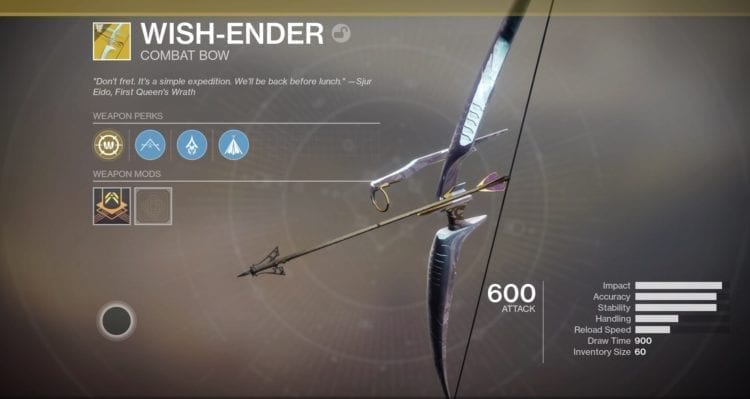 Now that you know all there is to know about min-maxing your powerful gear drops, what should you do about it?

Let’s assume that you do have the time to grind and you’re open to trying out all the content that Destiny 2: Forsaken has to offer. Well, the basic rule of thumb is to always prioritize the activity that will give you the biggest boost.

If you’re 585 PL, don’t just start doing those dailies for no reason. You’re not going to get much from them. Instead, do your Gambit weekly bounty for the powerful gear or even the Last Wish raid. And if you’re doing Last Wish, don’t just join a group that’s at Kalli or Shuro Chi. Nothing’s more disappointing than getting a +1 or +2 drop. Go ahead and tackle the Vault and the Riven boss fight. Too worried about how you’d fare? Check out our complete Last Wish raid guide. 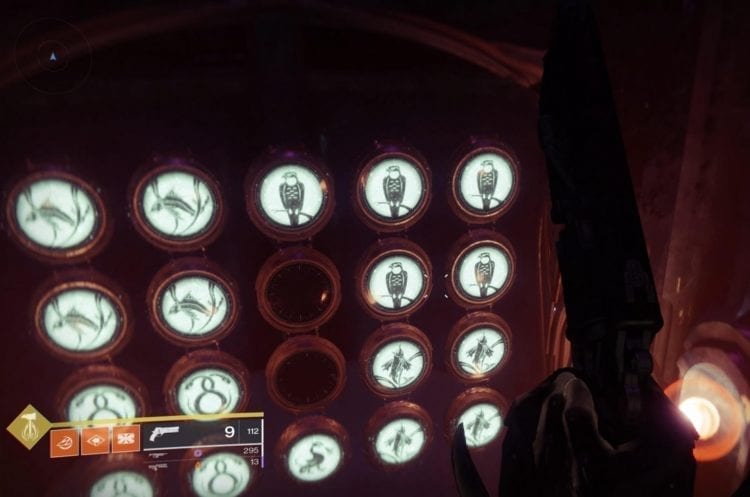 Get That Extra Ethereal Key

The Well of Wishes lies inside the Last Wish raid. You can input a certain combination of images, changing each panel by shooting them with your gun. Various combinations can yield different results. The one you’d want is that particular combination above.

Once you’ve completed that combination, step on the glowing panel on the floor and you’ll get an Ethereal key. The only other place this key can drop from is once you’ve beaten Riven, the final boss in Last Wish. It’s used to open the chests at the end of the Queenswalk/Riven’s Heart Gauntlet, which drop max PL gear, including the One Thousand Voices exotic. Getting an extra Ethereal Key means you’ve got two chances for some great loot once you’ve reached the statue/chests room.

By the way, here’s how you can get to the Well of Wishes, courtesy of YouTube user MisterBo:

When you’ve beaten a Last Wish boss, there’s a chance that you might get a weapon that’s fully masterworked. These are the Bungie-curated items with god rolls. As far as we can tell, these can drop up to +10 of your current PL as well. For instance, my Nation of Beasts had the “Fatebringer roll” — fully masterworked and at 595 PL. I was 585 around that time and it dropped from Kalli.

God-rolled/non-raid weapons from the Dreaming City can also drop when you turn in milestones or bounties. Unfortunately, we’re not yet certain if they’d be at a significantly higher power level than others. 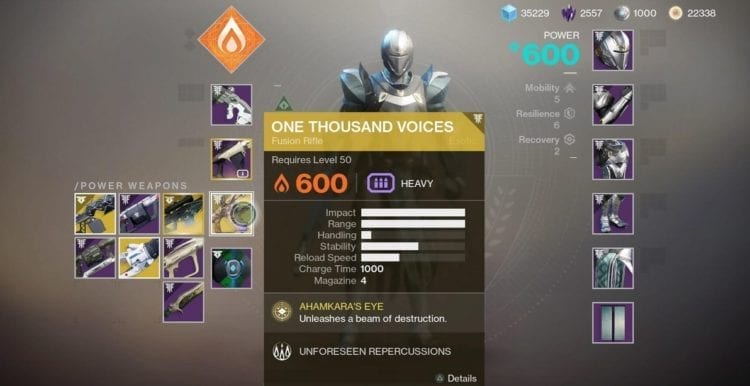 Be Efficient In Your Enjoyment, Or Enjoy The Efficiency

Again, if you can’t play for prolonged periods, it’s fine. Do the activities that you can do. If you’re at 580+ and have three hours to raid, focus on Riven first. If you’re 540, go ahead and do Kalli, Shuro Chi, and Morgeth. Don’t have time to grind out those Iron Banner bounties whenever the event is live? That’s totally okay. Just do Petra’s challenges or Blind Well heroic to compensate.

Also, the best way to avoid getting burned out by the grind is to find a means of enjoyment. Listen to some music. Group up with some friends. And knock out those milestones one after the other by prioritizing the activities that get you the most bang for your buck.

We hope this leveling guide helps you out during the grind. And hey, look at my snazzy 600 PL Titan up there casually wielding a maxed-out One Thousand Voices from Riven. Just take your time and you’ll eventually get there.