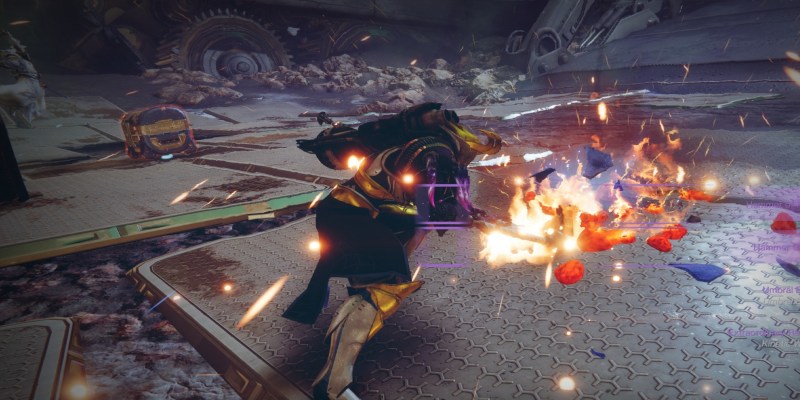 Acquiring the Hammer of Proving

Getting the Hammer of Proving is easy enough. Just follow the short campaign (if we can even call it that) until you’ve completed your first Battleground.

Next, you’ll visit the HELM command center, fiddle around with the Prismatic Recaster, and run another Battleground. Your second completion nets you the Hammer of Proving.

Now, if you visit the War Table in the HELM, you won’t be able to unlock any perk just yet. So, for now, your task is to farm Cabal Gold and smash Tribute Chests. 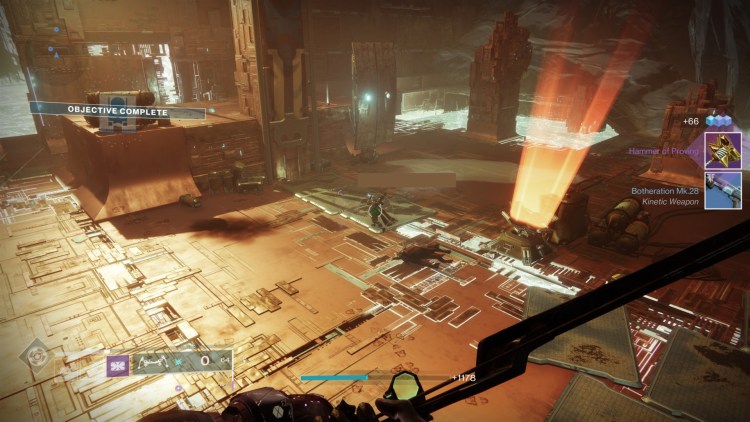 If you open the quests panel and check out the Hammer of Proving, you’ll notice something like 0/42 (this is the value of Cabal Gold that you have and the maximum that you can hold at any given time).

Next, right-click on the Hammer of Proving to open its panel. This will allow you to socket a specific medallion by spending Cabal Gold. 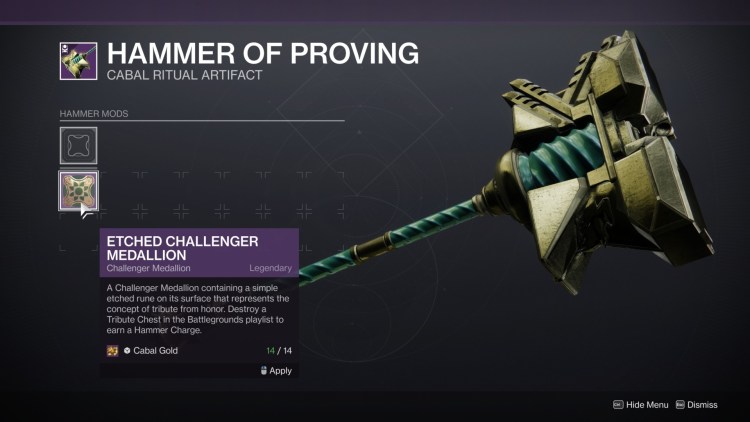 Your next task is to run a Battleground and defeat the boss there. Once the chest spawns, you’ll also see three additional Tribute Chests. By holding “E,” you’ll be able to smash a Tribute Chest (you might be able to destroy more than one chest if you’re soloing, but I haven’t tested it yet).

Each time you smash a Tribute Chest, the Hammer of Proving gains one charge. These charges are eventually used in the Prismatic Recaster to focus Destiny 2: Season of the Chosen‘s Umbral Engrams.

Anyway, the gameplay loop involves just that: doing activities to amass Cabal Gold, socketing a medallion by using Cabal Gold, smashing a Tribute Chest in a Battleground, gaining a Hammer of Proving charge, and, finally, using that charge to focus an Umbral Engram. Does that sound fun? Well, you be the judge of that. Let’s go ahead and discuss the Hammer of Proving’s unlockable enhancements/perks. 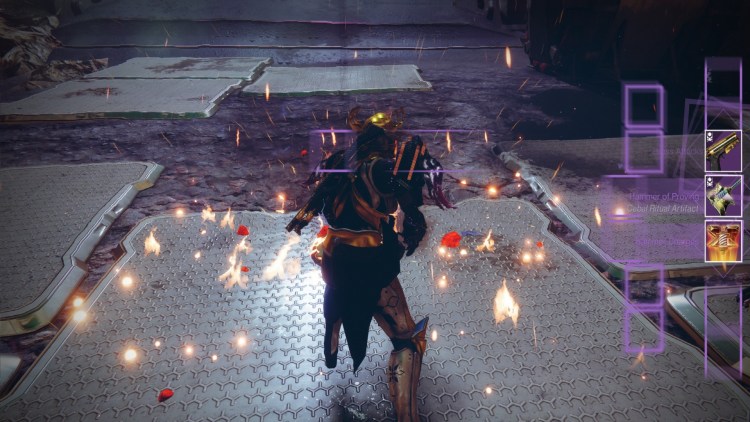 Destiny 2: Season of the Chosen — HELM and the War Table guide

Destiny 2: Season of the Chosen — Seasonal and weekly challenges guide