For the past four years, the Destiny franchise has had a love-hate relationship with its fans. Sure, there’s quite a number who’ve become very hopeful for its continued success. There are those who are truly invested and engrossed in what Destiny has to offer. In fact, I would even argue that it has become “the FPS gamer’s World of Warcraft“ in that regard. However, there are still some growing pains. One of those is the latest update for Iron Banner in Destiny 2 — a change which has caused a problem for many players.

A visual change that players might notice is that Iron Banner replaced control points with glowing “fire pits.” This is fairly fitting given how braziers have been a running theme for the Iron Lords and the old Rise of Iron expansion. But it’s not just limited to a visual change. It’s also a new gameplay mechanic. Now, when your opponent gets all three control points — also known as a “power play” — all zones will be locked down for 20 seconds.

That lockdown might not seem like a big deal but, for the Destiny 2 aficionado, it’s a death sentence. The problem is that the opposing team getting a power play means bonus points for every Guardian defeated. Those 20 seconds might as well become your bane, given how a match can become lopsided quickly. Imagine the enemy team just saving up all their supers and nuking everyone they come across, getting an insurmountable lead in the process. All the while, as those 20 seconds stretch to an eternity, you have nothing left to do other than eating a one-shot kill or hiding.

In the past, when the opposing team had a power play, there was no lockdown to speak of. Power plays usually lasted but a few scant seconds since a random player might spawn close to an undefended point. They can easily cap it which removes the power play advantage instantaneously.

The fire burns bright as Iron Banner returns for the final time in Season 3.

The 20-second lockdown gives players some leeway to get creative. For instance, some Destiny 2 players have suggested to simply go ahead and suicide with your character. Yes, that’s right! It might sound laughable until you come to a realization that the best way to “win” is to “lose” intentionally. By jumping off to your death, you can deny the enemy team their bonus points from kills.

Others have suggested just trying to stay hidden the entire time, but that’s easier said than done. Another player mentioned that you can eke out a win just by “getting farmed while spawn camped” while you’re ahead in points. This means that even though the enemy team will make a comeback, you can deny them the power play lockdown.

These suggestions don’t necessarily solve the problem. The solutions would be to improve your style of play and find a decent team. That means you’re probably going to be on the receiving end of a pub-stomp if you’re solo queued. Likewise, if you’re uncoordinated, that will be a major detriment when an enemy sneaks up on your point.

That’s also why others have surmised that it would be better to just award points quickly for a power play rather than having a zone lockdown. At the very least, it wouldn’t restrict the flow of the match and players will still have a chance to counter effectively. 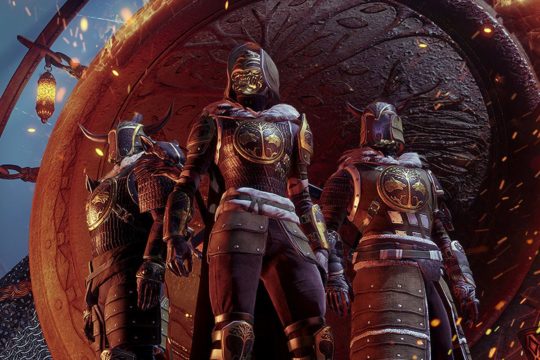 Destiny 2 has had a ton of issues with its Crucible/PvP aspect, and this is only one that’s part of a long list. After all, this is the very same game where a matchmaking bug actually ended up making Quickplay more fun. It’s just a shame that they introduced this new mechanic in this latest update given that it’s the last time Iron Banner is around for Year 1.

We can only hope that Bungie comes up with better mechanics for Iron Banner once Forsaken rolls around. With Gambit becoming a major feature with its PvPvE mix, the last thing players would want to have is something that kills the fun. And hey, personally, as someone with a measly 1.55 efficiency, I definitely would not want a mechanic that forces a “hide, die, or suicide” scenario on a whim.

The Walking Dead: The Final Season Episode One out now!