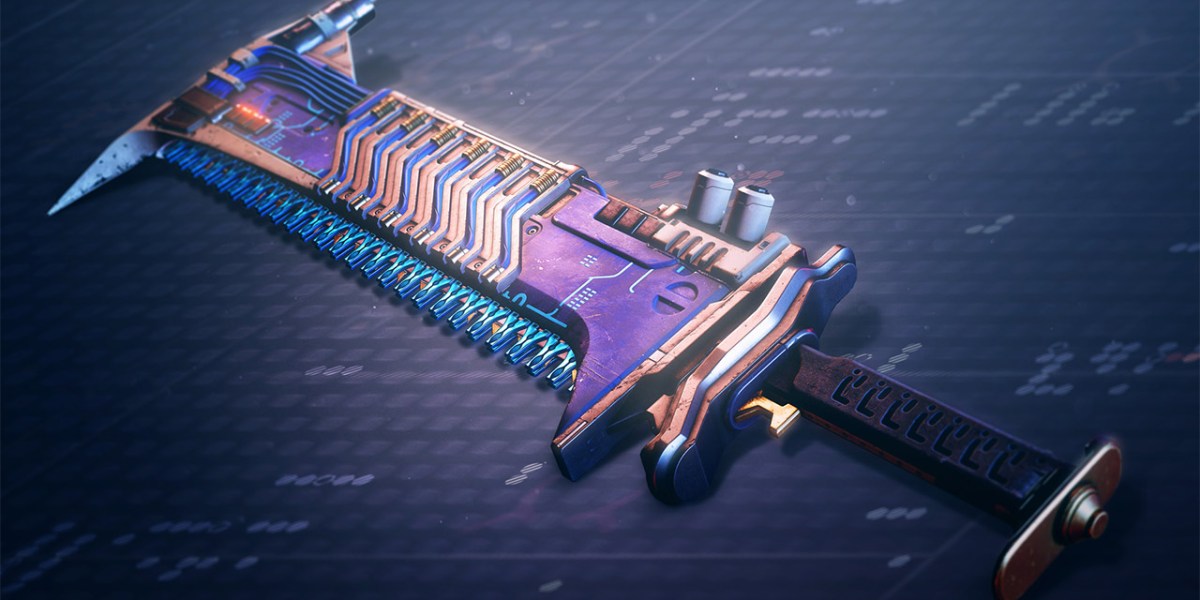 After the “world’s first” completion of the Deep Stone Crypt raid in Destiny 2: Beyond Light, Guardians are now able to start their search for The Lament. This exotic sword will have you discovering various secrets of Europa as part of a quest that’s fittingly known as “Lost Lament.” Here’s our guide to help you out.

Note: For more information, check out our Destiny 2: Beyond Light guides and features hub. Likewise, please be reminded that this guide contains minor spoilers.

Destiny 2: Beyond Light — Getting The Lament exotic sword

Speak with Banshee in the Tower to receive the “Lost Lament” exotic quest. This is the first step to finding The Lament exotic sword, one that just might give Falling Guillotine a run for its money in terms of DPS. Heck, if you feel like turning into a chainblade-wielding Space Marine from Warhammer 40K, then now’s your chance.

Anyway, the first step is to look for three dead Exos on Europa. Still, if you manage to find all nine, you’ll get the “Salvage the Past” triumph.

YouTuber 360GameTV has compiled a handy video of all their locations:

Step 2: Locate the Giant Exo in the hidden Exo facility

Remember that area that we glitched into just to find the final Entropic Shard? Well, it’s called Creation and the door that leads to that is now open.

So, go ahead and make your way to Braytech Exoscience. 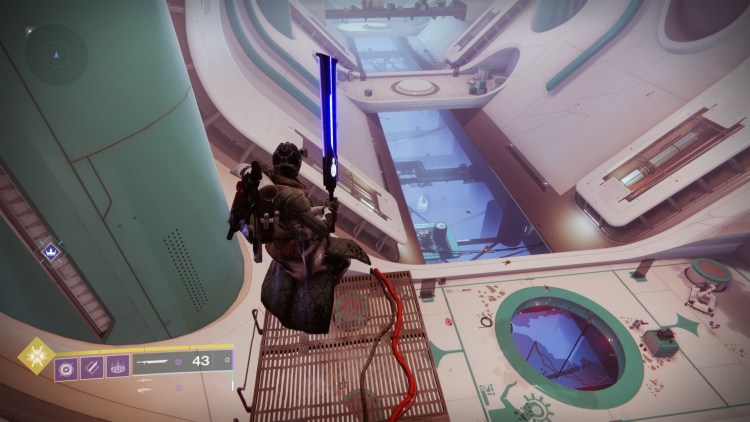 Keep following the winding corridor and jump down to the bottom level. There’s a doorway there that’ll eventually lead you to the Giant Exo.

Speak with this chap and talk about Banshee’s request. 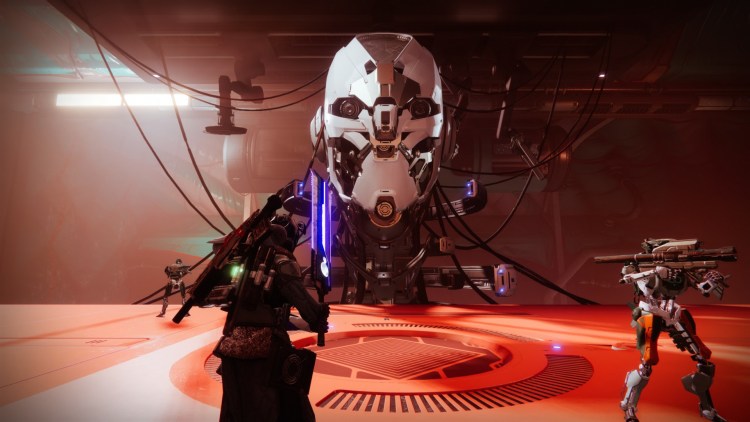 Try and see if there’s a Vex Spire Integration public event that’s happening. You should be able to amass a lot of sword final blows as long as blueberries don’t steal your kills. Alternatively, just run through the Perdition lost sector in Cadmus Ridge or farm mobs in Asterion Abyss. 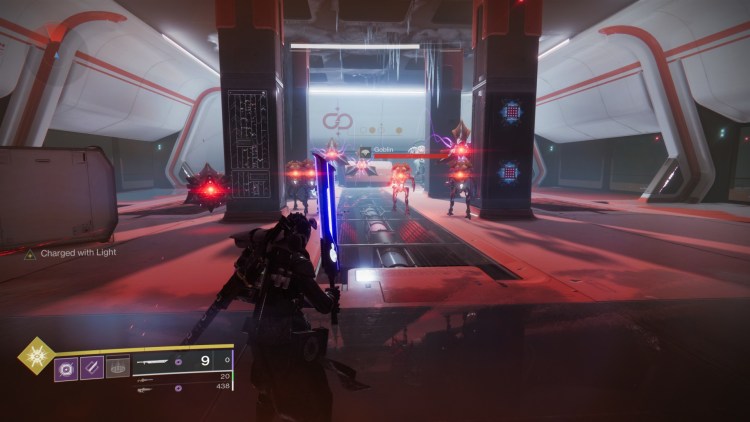 This is a short mission called “Old Secrets, New Challenges.” You can start this from the Bray Exoscience zone.

Once you do that, you’ll be in a strange and totally different world space. Before you is a frozen landscape with lots of platforms and braziers (fires). As long as you’re next to a brazier, you’ll get the “Shelter from the Storm” buff. However, if you go out of the radius of the flames, you’ll get a stacking debuff called “Biting Cold.” If it reaches 10 stacks, you’ll die. 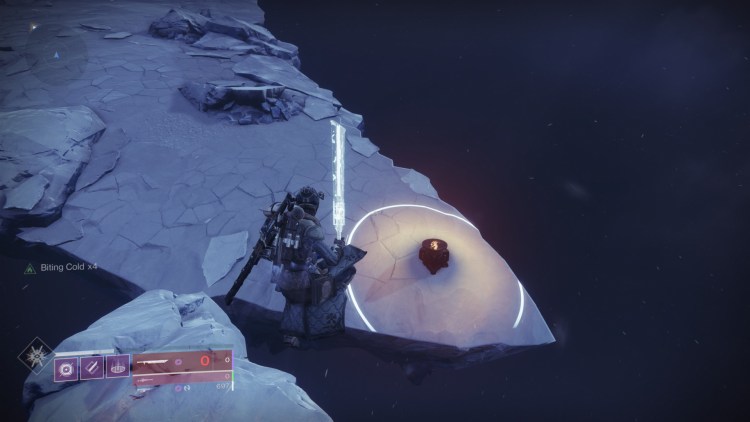 As such, you’ll want to use the platforms and make your way to the very top.

If you spot some Vex mobs, killing them and picking up a mote that they drop will remove some stacks, too. 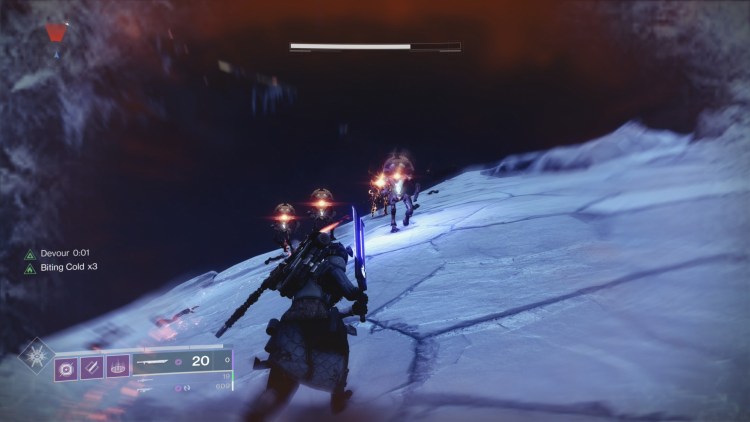 Anyway, once you reach the top, destroy the Vex Hydra boss. You’ll be able to complete this challenge.

Note 1: Once you return to Variks, you’ll notice that the “Europan Explorer III” Sabotage perk has shown up though you might need to unlock other perks before this can be picked up.

Note 2: The Exo Challenge activity is also a source of a powerful drop. Later, with one of Variks’ Sabotage perks, the reward can be a pinnacle drop instead. You can refer to our Variks Sabotage quests/perks guide for more info. 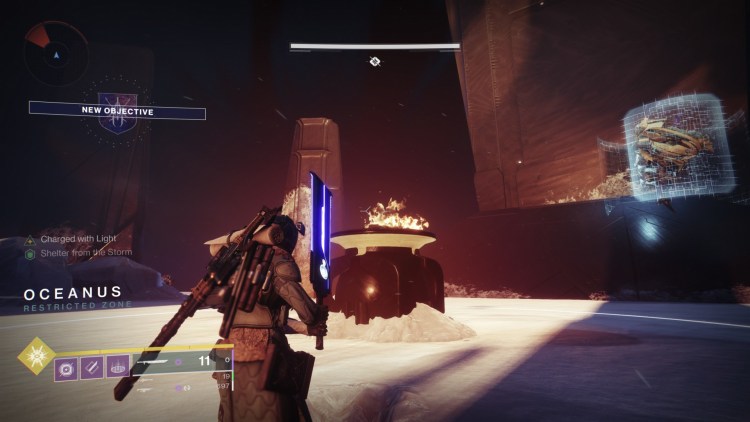 This can be done in any destination in Destiny 2: Beyond Light. Still, I’d suggest taking out enemies with finishers in the Perdition lost sector. Don’t forget that majors/yellow bars give you more progress.

Step 6: Locate the blade pieces in the Glassway strike

Go ahead and do this strike. Once you reach the boss area, look for a mob known as a “Transcendent Harpy.” Killing it will lead to the next step where you need to speak with Banshee in the Tower. 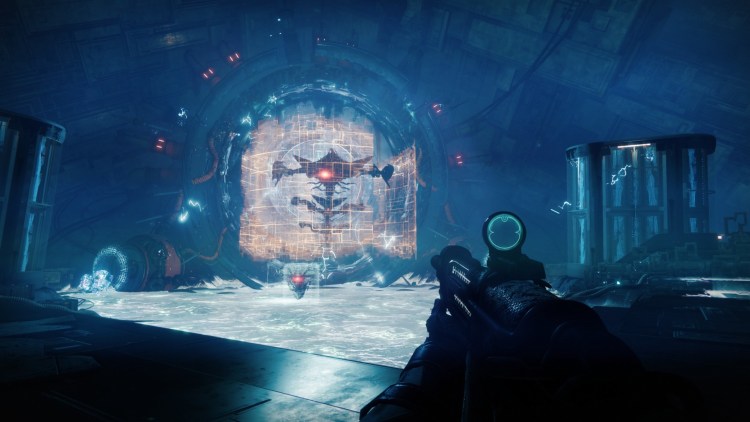 Head to the Eventide Ruins and enter the lost sector. Do a quick run and open the chest at the end.

Step 8: Complete “Reforging the Past”

This one is also in the Eventide Ruins zone, so go start the quest. I won’t spoil it, but it’s a fairly cool mission to experience.

If you do want to see how it goes, check out the video below from YouTuber OMyCodd:

When you’re done with the quest, speak with Banshee to keep The Lament exotic sword permanently. You’re looking at a very powerful weapon, a Solar element sword that’s got some amazing perks: 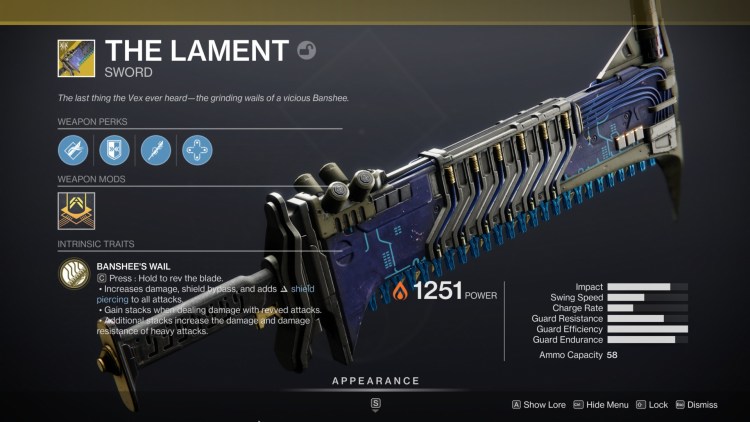 Those are some unbelievable perks, especially when you consider how much The Lament helps improve your damage and survivability. A good way of using this is by guarding to rev the blade, hitting with three light attacks, then switching to a heavy attack for massive damage.

Likewise, you’re able to heal with revved attacks when you damage enemies, including bosses and champions. Plus, because of the revved attacks, you won’t need to worry about anti-barrier mods anymore. The exotic sword’s revved slashes go through the force fields of barrier champs, too.

Here’s a video from YouTuber OneLungWombat: