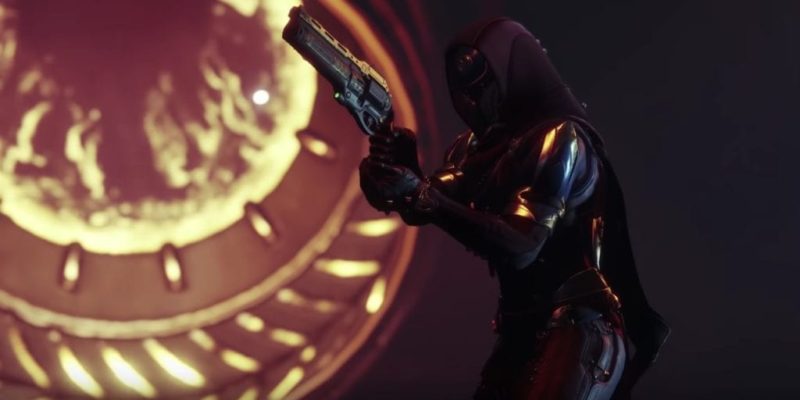 Destiny 2’s weekly reset has something special for long-time fans and newcomers alike. That’s because The Last Word, an exotic hand cannon from the first game, has finally returned. It’s the final reward of the quest line known as “The Draw” which you can pick up from The Drifter. Be forewarned, it’s fairly lengthy and frustrating if you’re not a fan of the Crucible. We’ve added some tips to make things easier but your best bet, for now, is to just complete it on your Hunter first. 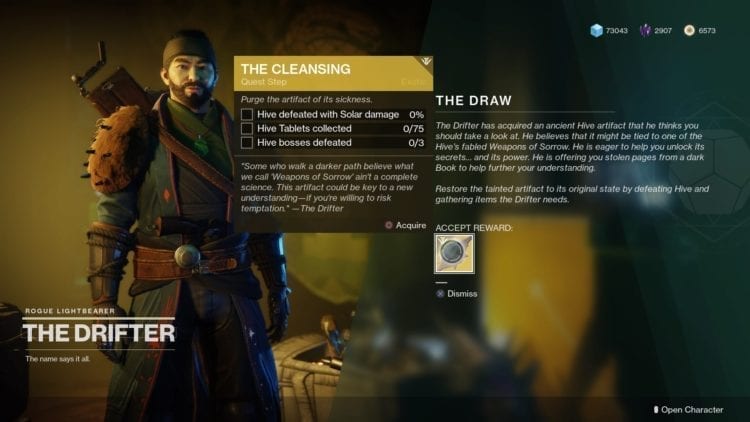 The Hobo And The Hive

As mentioned, you can start the quest once you pick up a pursuit from everyone’s favorite space hobo, The Drifter. Your task is to kill a lot of Hive:

You can get this done easily in Mars. Use a solar subclass and solar weapons (the Avalanche machine gun is quite good) and start an Escalation Protocol. Take out the boss for the first wave if you can to get that boss kill tally done. Alternatively, just head to the Lost Sector near Ana Bray’s area (the knight here counts as a Hive boss as well).

This shouldn’t give you too much of a problem so just talk to The Drifter afterward to get the next step… which will probably frustrate you a lot if you don’t PvP often. 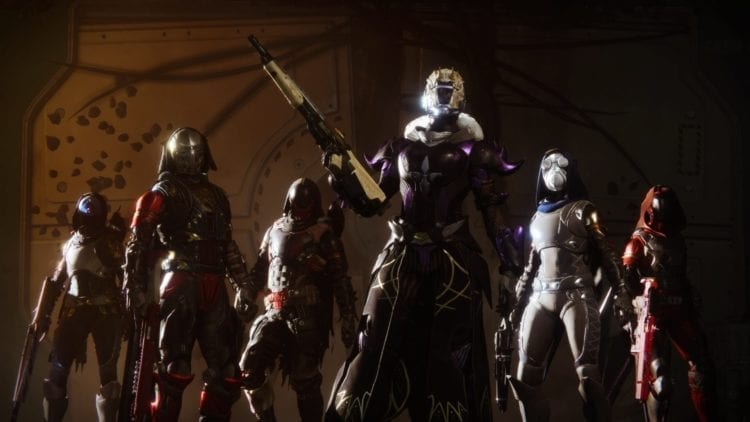 For this step, you’ll need to kill lots of opponents in the Crucible until you hit 100 percent:

This is the biggest hurdle in the entire quest line and one that could annoy you to no end. You’ll need to play carefully and, hopefully, find a decent team that you can coordinate with.

Here are some tips to get you through this part:

A question you might ponder is whether to pick Quickplay or Mayhem. Both have their own advantages and disadvantages:

In my case I chose Mayhem. I was solo-queued so I just played more defensively, throwing Nova Bombs at doorways and openings when needed. I finished this part in a little over an hour or half a dozen games. 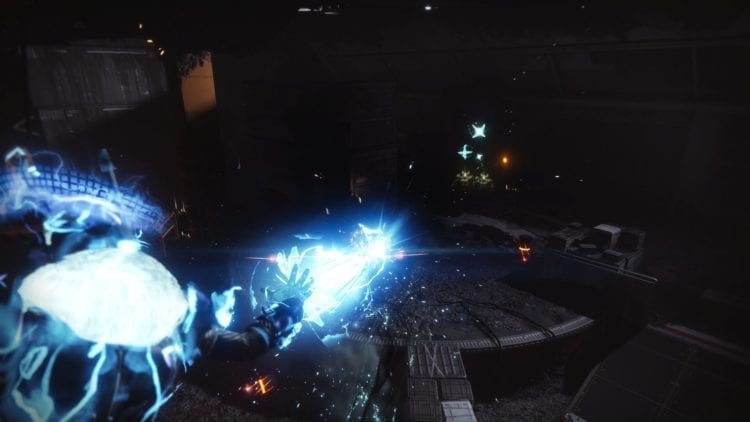 The Hobo And The Hive – Redux

Once you’re done racking up your kills in the Crucible, your next task is to head over to Titan for a short mission. Start it and head to the Lost Sector. You’ll spot a lot of Hive here along with a shielded acolyte. Kill the Hive mobs as well as the two wizards off on the sides — this will remove the acolyte’s shield. Nuke it afterward. If it’s still alive, just kill mobs and repeat. Speak to The Drifter when you’re done.

The next part of the quest actually has multiple steps:

Let’s focus on the first three since you can finish these in specific locations. For the Witches’ Ritual event, these only occur on Titan and Mars. Check out which one has an event that’s about to start and head there. Shoot Hive in the head while waiting, or just run the Lost Sectors nearby. Eventually, you’ll get all three done.

The fourth part takes you back to the Crucible but it’s not as difficult this time around. “Best served cold” medals are earned when you kill the Guardian who defeated you recently. “Blood for blood” medals, meanwhile, are awarded when you kill someone who defeated a teammate. On both occasions, you’ll need to land the final blow. This step is actually fairly easy. Just head to Mayhem — chances are that you’ll die or your teammates will. Fire your super (or blow yourself up at the same time when killing an opponent), and you’ll be done in no time. I finished this in around four matches.

After speaking to The Drifter again, you’ll need to head over to the Tangled Shore for the final step of the quest line. This mission will have you take on Enkaar the Weaponmaster. It has a variation of the Attrition modifier active. Enemies drop “light wells” that regenerate your health and your super does not automatically recharge (you’ll need to kill enemies). You can see that in the video above from Destiny 2 player Sweatcicle.

Towards the end, you’ll need to stand on Hive summoning plates which will make The Last Word materialize in your hands. Enkaar and his acolyte minions will also appear. They will attempt to shoot you which will kill you instantly.

In order to stop them from killing you, shoot them with The Last Word just as they draw their weapon (hence the name of the exotic quest line).

Kill the acolyte minions first (once they draw their weapons) and then shoot Enkaar. After these sets of encounters, head to the pit and you’ll be rewarded with The Last Word. Head to The Drifter to complete the quest.

It looks like the Hive have got themselves something that will be a particular “Thorn” on your side. We’ll probably see the conclusion in a few months’ time when the Joker’s Wild DLC releases and the Thorn exotic is made available.

As for The Last Word itself, as we mentioned in a previous article, it has a rich backstory and lore surrounding it and has become a favorite in the Crucible back in the first game. It looks as though it will dominate once more in Destiny 2. 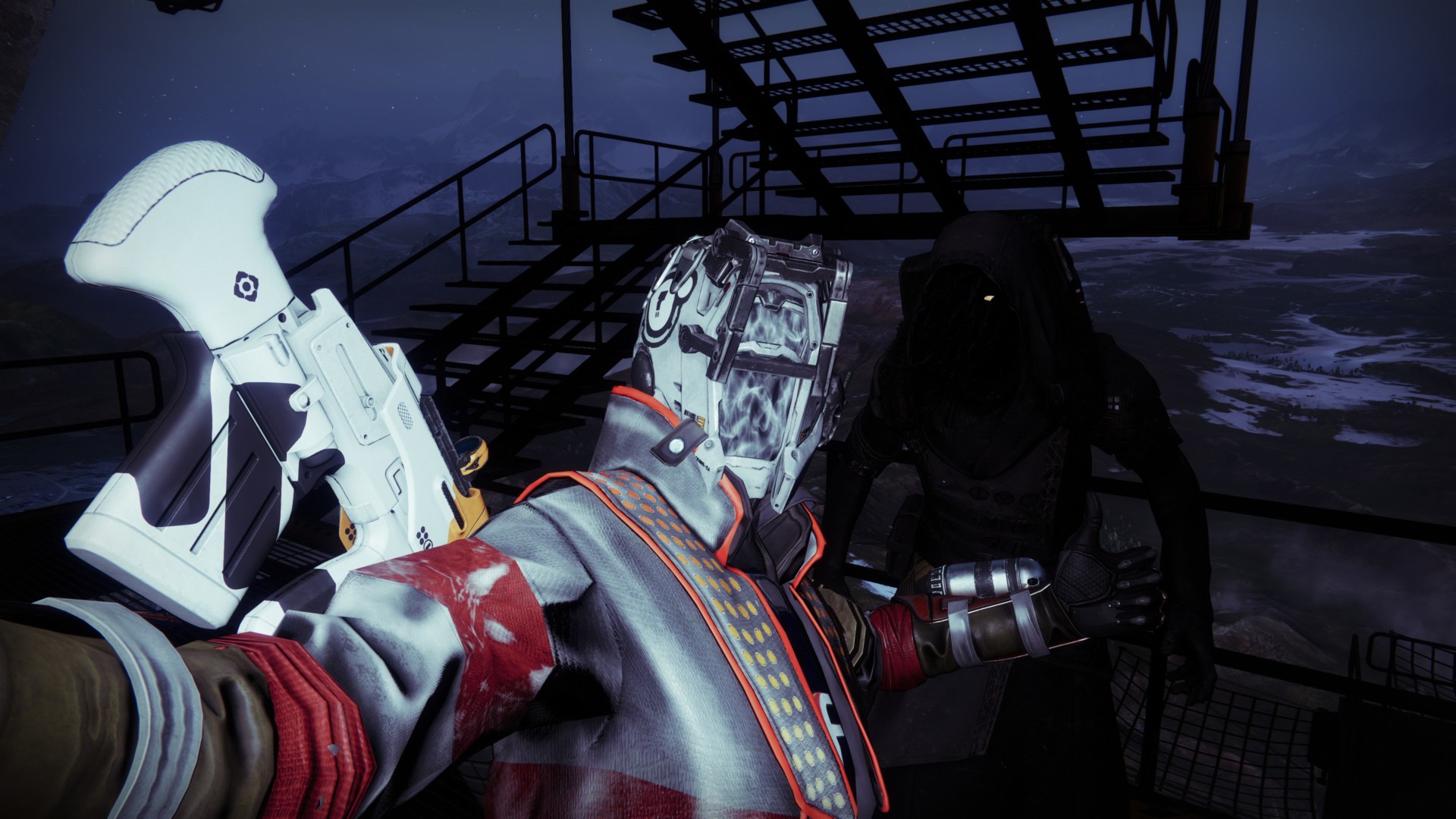