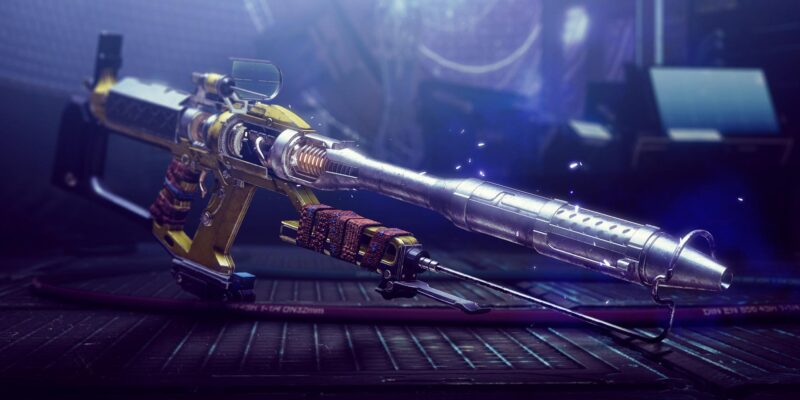 Every now and then, Bungie comes up with an exotic weapon that really feels like a game-changer. The Lorentz Driver feels like one such example. It’s a Void linear fusion rifle that’s decent enough in PvE, but quite ridiculous in PvP. Here’s our Destiny 2: Season of the Lost guide to help you obtain the Lorentz Driver, its exotic catalyst, and answer any questions on whether or not the weapon is good enough.

Destiny 2: Season of the Lost Lorentz Driver guide – How to get the exotic catalyst and is it any good

You can immediately pick up the Lorentz Driver if you own the season pass for Destiny 2: Season of the Lost. If not, you’ll need to hit rank 35 before you can grab the weapon.

The Lorentz Driver has the following perks:

The telemetry drops look like little canisters of sorts (the only downside being that you need to run and pick them up on the ground). At the very least, there’s no internal timer when it comes to your first pickup and additional ones, so you can expect to gain the buff as long as you avoid deaths. 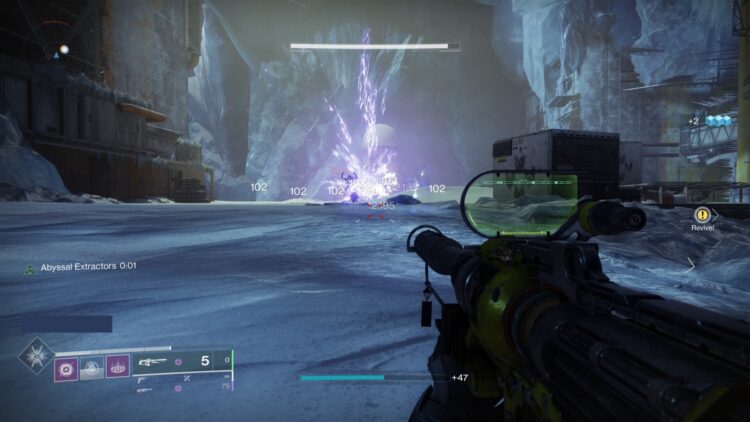 As for the Lorentz Driver’s exotic catalyst, you can grab it from Banshee in the Tower once you have the weapon in your inventory. The steps have already been datamined by Light.gg.

The exotic catalyst for the Lorentz Driver grants Enhanced Radar. Likewise, having three telemetry patterns with the buff active ensures that the pull and detonations no longer require a precision kill. 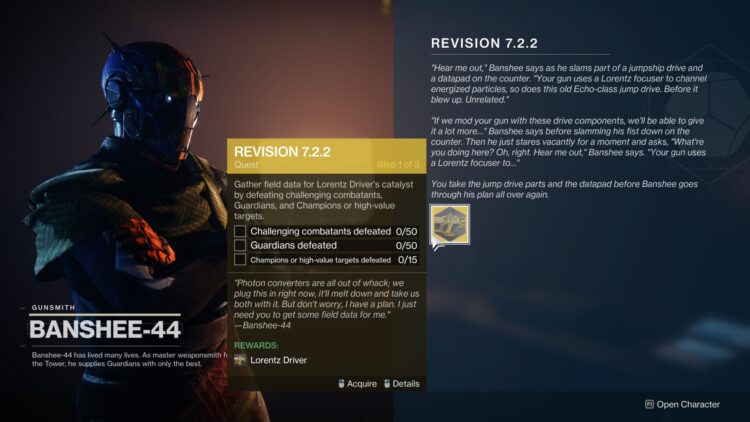 What makes the Lorentz Driver good?

Well, it’s for the energy weapon slot, so you’ll hardly worry about ammo bricks. Another reason is due to the Wayfinder’s Compass artifact mods that boost your fusion rifle’s and linear fusion rifle’s capabilities.

However, things get crazy in PvP due to the Lagrangian Sight’s target marking capabilities. It highlights Guardians through walls and obstacles when you’re wielding it (you don’t even need to aim-down-sights). It’s really funny when you consider that Bungie wanted to make changes to “3-peaking” in PvP, but this weapon, by default, has a wallhack. You can anticipate enemy movements, line up your shots, gain the telemetry buff, and take out more foes who’ll get pulled into explosive detonations. It’s like a combination of Wish-Ender, Cloudstrike, and Graviton Lance when you think about it.

Also, because linear fusion rifles already pack a punch, you can use this effectively in Momentum Control (which is active during the first week of Destiny 2: Season of the Lost). The quick and easy kills should allow you to complete the Lorentz Driver’s exotic catalyst steps without a hitch. Enjoy it at its current state, and pray that Bungie doesn’t nerf it too much in preparation for the relaunch of Trials on September 10.

If you want to see the Lorentz Driver in action, you can watch the video below from YouTuber IFrostBolt:

Update: In a recent tweet, Community Manager Dmg_04 confirmed that the Lorentz Driver will have its visual tracking perk disabled in PvP game modes. This change is expected to occur via a hotfix that will be deployed at a later date.

Have an update from some Sandbox folks. We're looking to disable the visual tracking perk on Lorentz Driver in PvP modes. This change will come in a future hotfix (date TBD).

Stay tuned for TWAB at 2pm Pacific for more info on our tracked issues.