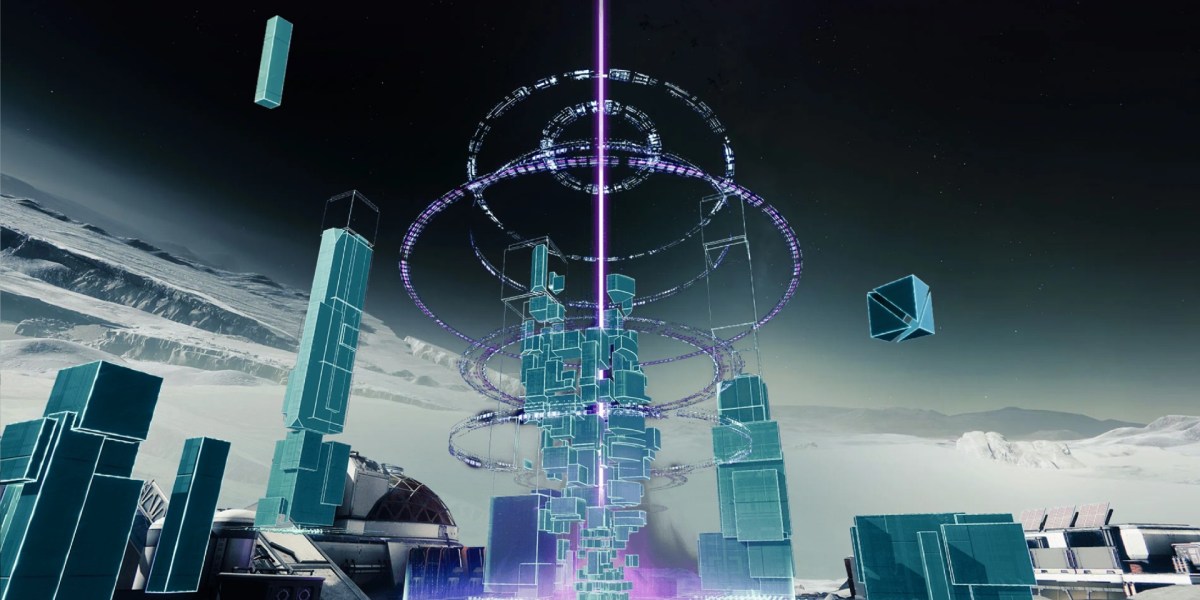 We’ve entered the second week of Destiny 2: Season of the Splicer. That means there are a couple of activities in store for Guardians. First, the Iron Banner’s already live, so go get your pinnacle drops. Second, there’s the Override activity that takes place on the Moon. This is part of a weekly quest that continues the narrative for the next few months. Anyway, here’s our guide to help you with the Moon Override activity in Destiny 2: Season of the Splicer.

Note: For more information about Destiny 2: Season of the Splicer, check out our guides and features hub. You can also read our main guide for the Override activity.

The quest that’s part of the seasonal storyline is “Path of the Splicer II.” To start it, make sure that you’re on a character that has already finished the first part from last week. Go ahead and visit the Splicer Servitor in the HELM Command Center to receive the quest. It entails completing an Override run on the Moon, so go ahead and load in.

The enemies you’ll encounter here, at least from my experience after a couple of runs, are mostly Hive mobs. Watch out because Unstoppable Ogres will spawn from time to time, and they’re going to deal a lot of damage if your team can’t stun them. 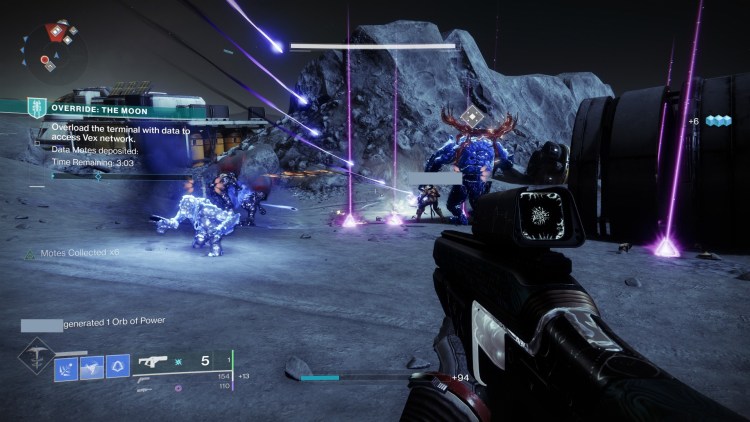 Speaking of Unstoppable Ogre champs, they’re also the Scytale hostiles found inside the Vex Network. Make sure you have a mod that can stun them, or bring backup along with you, so you can quickly take them out and grab the Data Spike.

The rest of the activity follows what you’ve seen from the Europa Override. You’ll bank motes/Data Spikes, take out champions/hostiles with red auras, clear the glowing Oracles, and hack the conflux.

Once the progress bar is filled, you can travel through the wormhole. As usual, the location looks very trippy, and there’s a bit of randomization going on when it comes to the traps and platforms. Anyway, if you or a teammate can manage to reach the end, you can begin the boss fight. 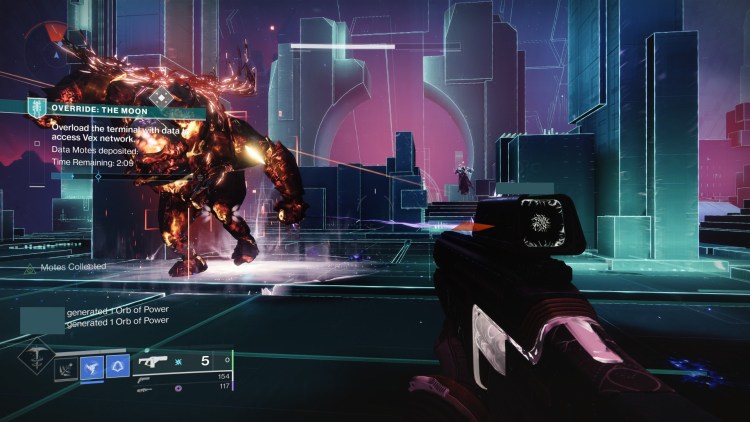 The boss is yet another Vex Gate Lord, so you can expect it to stomp frequently. The main difference, though, is the transition phase whenever you deplete a third of its health bar. 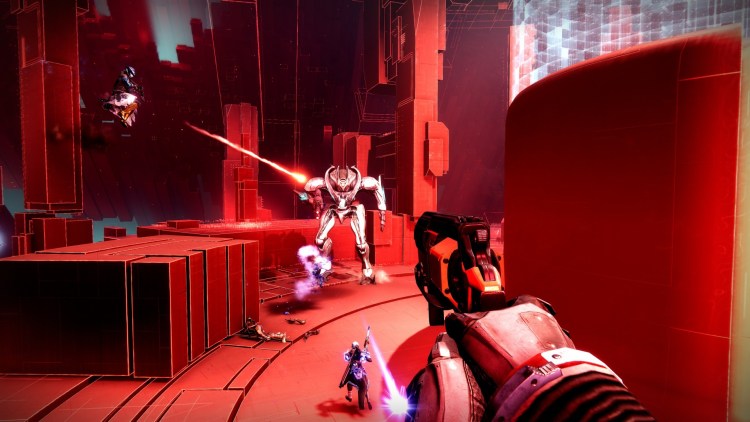 This time around, your team will be teleported to a separate Vex Network. It’s a small area with some laser traps, a few exploding fanatics, and a Scytale/Unstoppable Ogre. Annihilate the hostiles, destroy the Vex boxes, and pick up the Data Spike (you can bank it in the conflux).

Continue damaging Portunos and repeat the process for the next transition phase. Eventually, you’ll destroy the boss and pick up your loot. 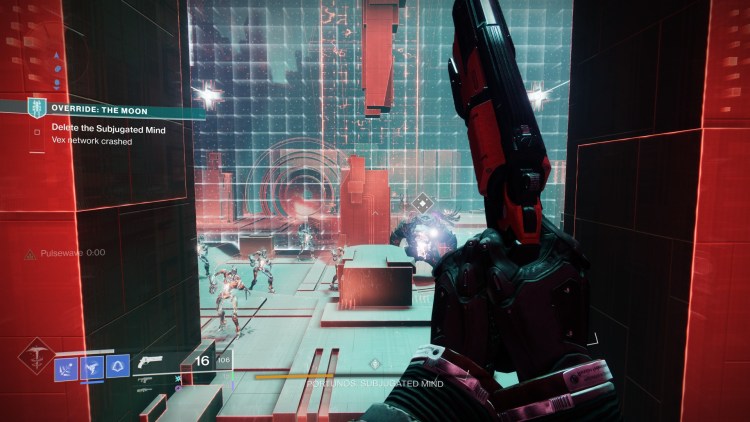 Return to the HELM Command Center to witness a scene. It looks like Saint-14 is wary of Mithrax’s intentions, but Osiris tries to calm everyone down.

Mithrax does promise to continue helping the Vanguard, and you can talk to him privately by interacting with the servitor. You’ll complete this part of the quest chain, and you’ll receive an Umbral Engram for your efforts. 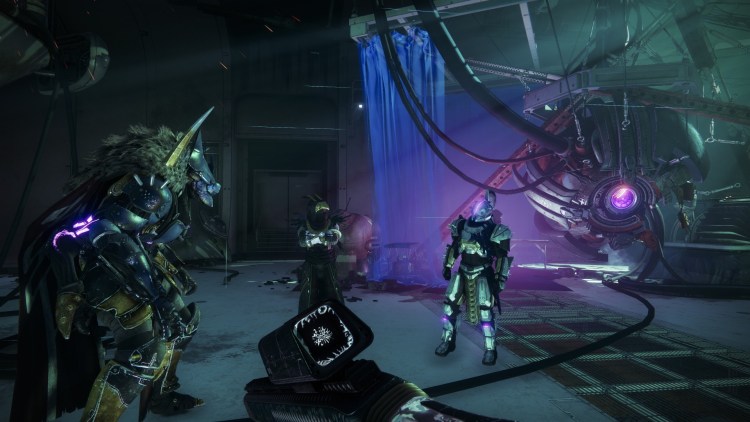 Destiny 2: Season of the Splicer is available via Steam. For more information, check out our guides and features hub. Likewise, you can read our main guide for the Override activity.

By Daniel Pinheiro7 mins ago
Guides

By Jason Rodriguez32 mins ago
Guides

By Jason Rodriguez47 mins ago
Guides