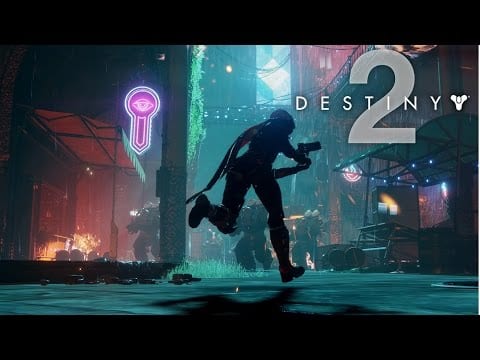 Today’s Destiny 2 presentation was light on any PC specifics, save for one thing; it’ll be “exclusively” on Battle.net. No Steam version, no special Bungie launcher. Everybody playing Destiny 2 on PC will be using Blizzard’s platform.

Blizzard’s Mike Morhaime appeared via satellite link to deliver that news. It’s a pretty significant move with connotations that go beyond Destiny 2. This is the first time a game from another developer has appeared on Battle.net (recently rebranded to the Blizzard app, but still referred to throughout this event as Battle.net), and may indicate a change in policy from Activision.

Other Activision properties like Call of Duty still use Steam (and, in memorable PR blunder, the Windows 10 store). So the decision to instead push Destiny 2 through Battle.net/Blizzard app could be the first step in a move away from Valve’s platform by the publisher.

There’s a full FAQ about the decision on Blizzard’s site. It confirms you’ll be able to use ‘Blizzard balance’ to buy the game, and suggests they will be “potentially evaluating needs or opportunities for future Activision games”. As for other third-party games, they claim to have no plans.

That’s the extent of the PC news to emerge from the event. They saved the technical details for after the show. Destiny 2 on PC will have FOV options, 4K support and uncapped frame-rates. Here’s the ‘gameplay’ trailer released today, which has a pretty high ratio of cut-scenes.