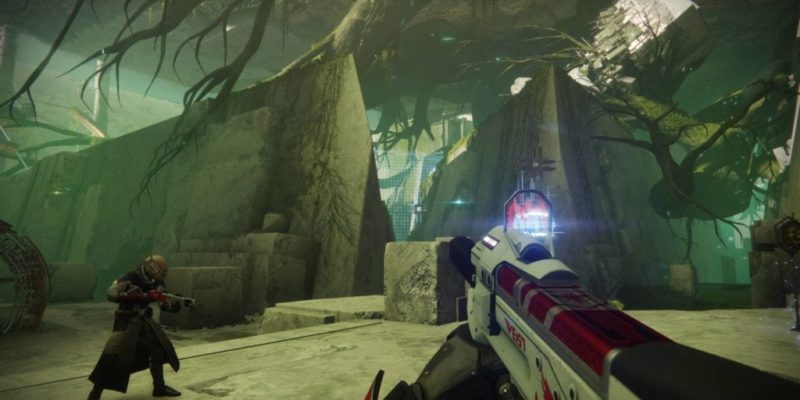 It’s a brand new week, and so it’s also time for a new Garden of Salvation raid challenge in Destiny 2: Shadowkeep. Last week, players had to keep several Vex cyclopes alive, and that was fairly easy. This time around, we’ve got “A Link to the Chain” as the raid challenge. This can be done in the Garden of Salvation’s second encounter (also known as the maze or the confluxes encounter).

Note: It’s best to check out our complete Garden of Salvation raid guide for all the tips and info. For everything else about the expansion, you can refer to our Destiny 2: Shadowkeep guides and features hub. 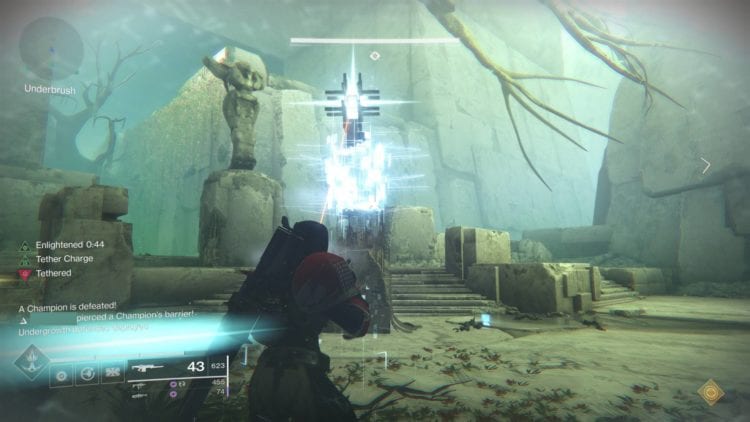 A Link to the Chain raid challenge

“A Link to the Chain” isn’t as easy as last week’s “Leftovers” raid challenge, but it’s a breeze nonetheless. The goal is actually quite simple:

The biggest issues your team would have with “A Link to the Chain” would be communication and timing. Ideally, you’d want someone to stand near the tether box who’s ready to shoot it. It’s imperative for players to call out or do a “3, 2, 1” countdown to shoot the box, ensuring that everyone gets the Enlightened buff at the same time.

You’ll want to have mastered the Garden of Salvation raid’s second encounter already to be familiarized with the area. You can also refer to this slightly edited map which was originally made by Redditor RealyRayly: 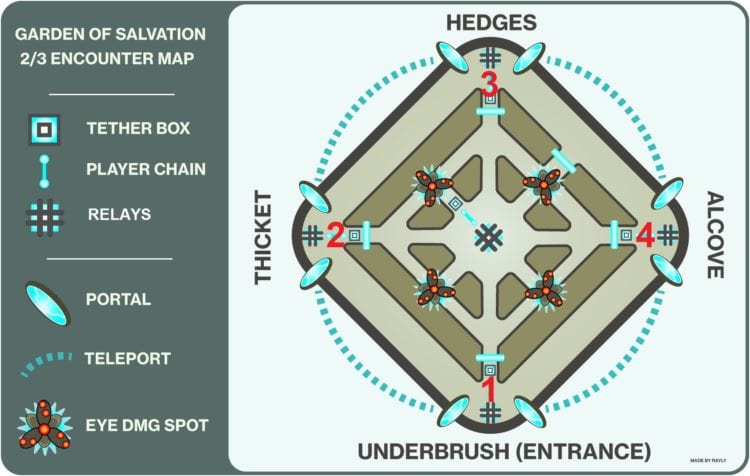 Note: Shielded Vex will always spawn at intervals when every active relay area has been cleared. You’ll be notified when “defenses are deployed” and when “defenses have subsided.” It’s the latter that you need to watch out for since it means the Vex are dead and you have a few seconds to start tethering before they respawn.

Tethering up for the raid challenge

All players need to do once the initial mobs are cleared at Area 1 is to line up and get tethered/get the Enlightened buff at the same time. After this, leave two players at Area 1. The remaining four players will then head to the left side going to Area 2. 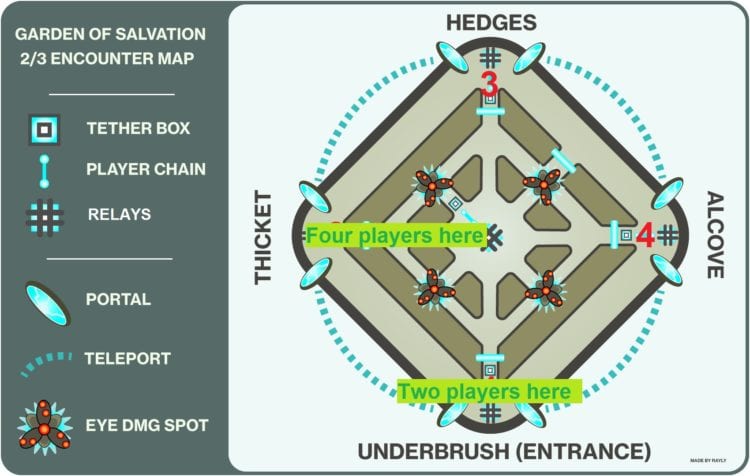 Once the second area is cleared, the two players near the entrance and the four players that moved to the second area will listen to a teammate’s countdown and tether up at the same time. When this is done and everyone has the Enlightened buff: 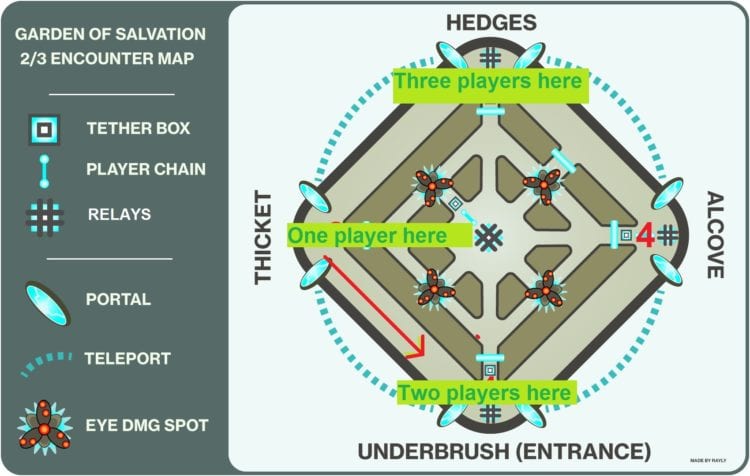 Because you have one person left behind in Area 2, they won’t be able to tether by themselves. This player has to use the portal to go to Area 1. You’ll have three players each at the north and south relays. Go ahead and do a countdown to tether up. 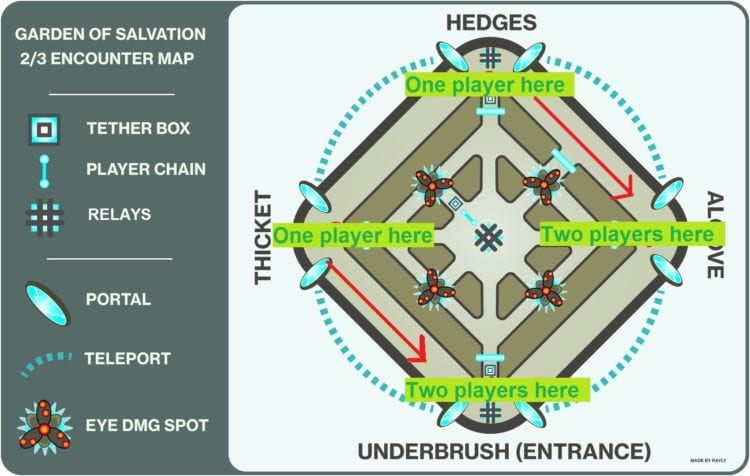 When the mobs are cleared and players need to tether:

You should now have all relays activated. Everyone’s at their designated positions and they’ll always know where to move to once you need to tether as a team.

The gist is simply that duos in Area 1 and 4 stay there, and the lone wolves at Area 2 and 3 will need to use portals to head to their respective tether spots. Technically, your lone wolves become the “floaters” for this encounter.

For the Angelic Hydras, each player is expected to be able to hold their own. But, if you do need help, always make sure to call out (especially the lone wolves in their areas). You can even switch up the strategy so that the tethering for each subgroup happens where the hydras spawned. That’s in case a lone player needs help and hydras plus other mobs might take longer to clear anyway.

Heading to the middle

Once all Angelic hydras have been downed for each area, just make your way to the middle. Kill the first hydra there to open up the relay box. Make sure that all six players form a line for the tether. Clear some more Vex robots.

You’ll have a couple of chances to refresh the buff once the relay box reopens. Again, make note of whoever needs to shoot the relay box and communicate with your teammates to line up for the tether.

In case you need to see how the raid challenge progresses, you can watch the video below from Destiny 2: Shadowkeep YouTuber Fallout Plays. There’s a slight tweak to the strat, but the same concepts still apply:

That does it for our “A Link to the Chain” raid challenge guide. Destiny 2: Shadowkeep is available on Steam. For more information, head over to our guides and features hub.