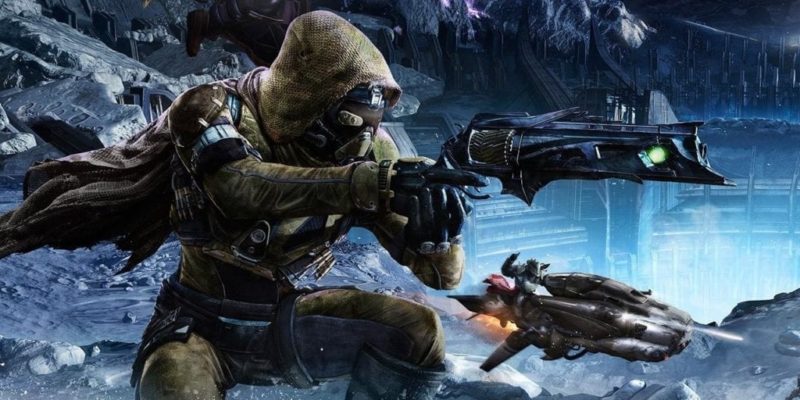 Even with Season of Opulence kicking off today, Destiny 2 players are still eager for more things to shoot and more places to shoot them. Well, from the looks of it we might be getting just that. And we’ll apparently be returning to a familiar stomping ground to do it!

Thanks to the data mining crowd over on the Destiny 2 RaidSecrets subreddit, it appears that a new expansion will be releasing for the game sometime this fall. An image found hidden in the PC game’s files (below) gives a little bit of information on the unannounced fall expansion, Destiny 2: Shadowkeep.

An image detailing the next expansion pulled from the PC game files for Destiny 2.

We see it details a Physical Collector’s Edition, which are typically only sold in celebration of a large game expansion. It seems likely that this screen was meant to start appearing for players after the expansion’s (now expected) announcement during Bungie’s stream on Thursday, June 6 at 10 p.m. Pacific Time. If that is the case, players can pre-purchase the expansion following that stream.

The Destiny 2: Shadowkeep expansion has us over the moon!

The information in the datamine details that the expansion will take place on the moon, which we haven’t been able to access since we were wee Guardians with a 390 light level in the original Destiny. The files are said to mention that there will be a “resurgent Hive force On Luna with new variants,” as Reddit user ahumbleGODamongstmen puts it. The “terrifying shadows” mentioned on the Shadowkeep image could be a reference to the Taken enemies, which have Hive counterparts. It could also be a reference to the dark side of the moon potentially being the location that the expansion takes place. There was further a small thumbnail image discovered that shows a new weapon catalyst, Bad Juju.

As far as pre-reveal leaks go, this one seems pretty credible. Being that they come from the game’s files themselves, the information on this screen and the image of Bad Juju seem produced by Bungie itself but uncovered far too soon. Tune into the live stream this Thursday to find out for sure!

By Jake Su1 min ago
Industry