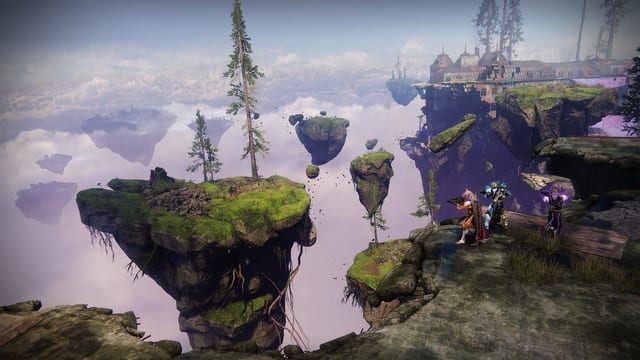 Yesterday we covered the data-mined information on the Destiny 2 Solstice of Heroes 2019 event, and today Bungie has published its official announcement. It confirms pretty much everything our colleague Jason Rodriguez posted, and it also includes a trailer for the event, which you can see below. The festivities of Solstice of Heroes will begin when you visit Eva Levante near the Statue of Heroes in the Tower. Let’s see if there’s anything in the official announcement that wasn’t evident in the data-mined information.

There was a mention of the Elemental Orbs in the data-mined information, but it didn’t include details on the elemental buffs that you can unlock when you collect 30 matching orbs. The elemental buffs are as follows: There’s the Solar buff, which emits a burning wave of energy that damages everything around your Guardian when empowered. The Void buff allows your Guardian to become invisible when you crouch while empowered and also gain Truesight, plus an enhanced ability regeneration. Finally, there’s the Arc buff, which empowers your Guardian to move with enhanced speed and deal greater melee and Sword damage. All of these effects will last only for a short time, or until your opponents defeat you in combat. And they won’t be active in Competitive or Gambit Prime modes.

The data-mine did mention the Solstice Packages and the Solstice Legendary armor sets you can unlock by completing challenges. It also discussed the European Aerial Zone (EAZ), where you will take on Hive, Cabal, or Fallen enemies. It’s a new 3-player matchmade activity that you can launch from the Tower or the Director. There you will face many minibosses until time expires, when you will face the final boss. After you defeat him or her, you will be able to seek treasure chests in the EAZ. Each chest contains Solstice Packages that you can open with Solstice Key Fragments. The Solstice Packages include Rare and Legendary gear, enhancement cores, and materials. If you collect all Solstice Legendary armor sets for all three classes, you’ll get access to the EV-37 Voidstreak Sparrow.

Solstice of Heroes 2019 and the Eververse Store

Apart from all the armor sets and the Legendary Sparrow, there will also be a new purchase scheme on the Eververse Store. While there won’t be an event engram this year, you’ll be able to purchase every single item directly using Silver and Bright Dust. And all Eververse items will also be available for Bright Dust at some point during the event. You can also purchase armor glows for your new Solstice of Heroes armor sets, and they will provide your Guardians with an enhanced look. Armor glows have a particular element, and if your subclass element aligns with it, it will shine particularly bright. They will also be available after the Solstice of Heroes event ends.

That’s all that wasn’t covered in the data-mine report. Bungie welcomes all Destiny 2 players to participate in this event. The Solstice of Heroes begins on July 30 and run until Aug. 27. Happy hunting!

Sigma and his lovely feet are live on Overwatch PTR